Czechia a win away from improbable World Juniors gold 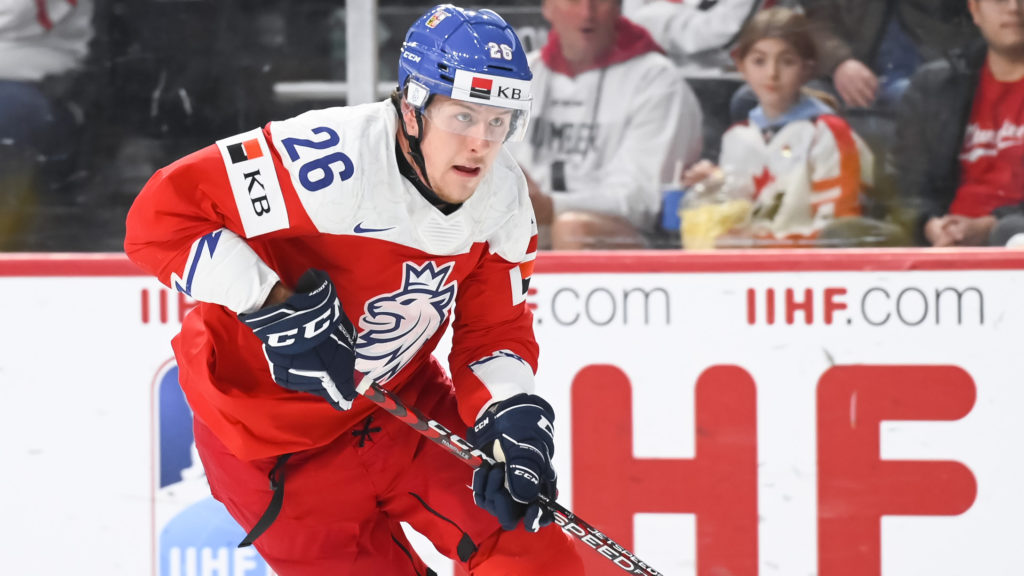 No matter tonight’s outcome, Czechia will earn its first World Juniors medal since 2005.

But they sure do hope it’s gold.

“We have a medal for sure, but we want the gold one,” said Moose Jaw’s Martin Rysavy. “We have to do our best and be confident, go for it, and try to win it.”

Eighteen years ago in Grand Forks, Czechia beat the USA 3-2 in overtime to win bronze. Since then, they have finished fourth twice, most recently at the 2022 tournament.

They have not won a World Juniors gold since 2001 when they made it back-to-back tournament victories.

“It’s the most exciting game of my career,” said Rysavy. “We have dreamed about this moment since we were young. Now we have to do our best to prepare for the game and be the best on the ice.

“All of the guys are really excited.”

They made the gold medal game in dramatic fashion. Trailing Sweden 1-0 in Wednesday’s semi-final, they tied the game with 38.8 seconds left in regulation as David Spacek (SHE) teed up David Jiricek’s one-timer.

Then, with just 49.6 seconds to play in overtime, Jiri Kulich sent Czechia to the gold medal game at the World Juniors for the first time since 2001.

“I was crying in the locker room,” said Halifax’s David Moravec. “It’s crazy, unbelievable. It’s an emotional moment for us but we must be ready for the final tomorrow. “

Czechia, whose squad features 12 CHL players and is captained by Regina’s Stanislav Svozil, made waves on Day 1 of the tournament as they beat Canada 5-2 on Boxing Day.

They rolled past Austria and Germany in the round-robin while their only blemish was a 3-2 overtime to Sweden loss as they claimed top spot in Group A.

In the quarterfinals, they hammered Switzerland 9-1 before they avenged their defeat to Sweden in overtime Wednesday.

“I was screaming and I was so happy,” Rysavy said. “I didn’t know if I wanted to cry or be happy. The overtime goal was something amazing … I don’t even remember what I did. I jumped over the bench and went and hugged all of my guys. I was so happy and so proud.”

Multiple players admitted post-game that they are even amazed by what they have achieved this tournament but frankly, they have been the most consistent team throughout.

“No one before the tournament said Czechia will be in the final this year,” Rysavy said.

Their Boxing Day win was the first time Czechia had defeated Canada in regulation in 24 games at the World Juniors.

And if they do that again tonight, they will write their names in history.

“After so many years, it will be amazing [to play for gold],” said Matyas Sapovaliv.