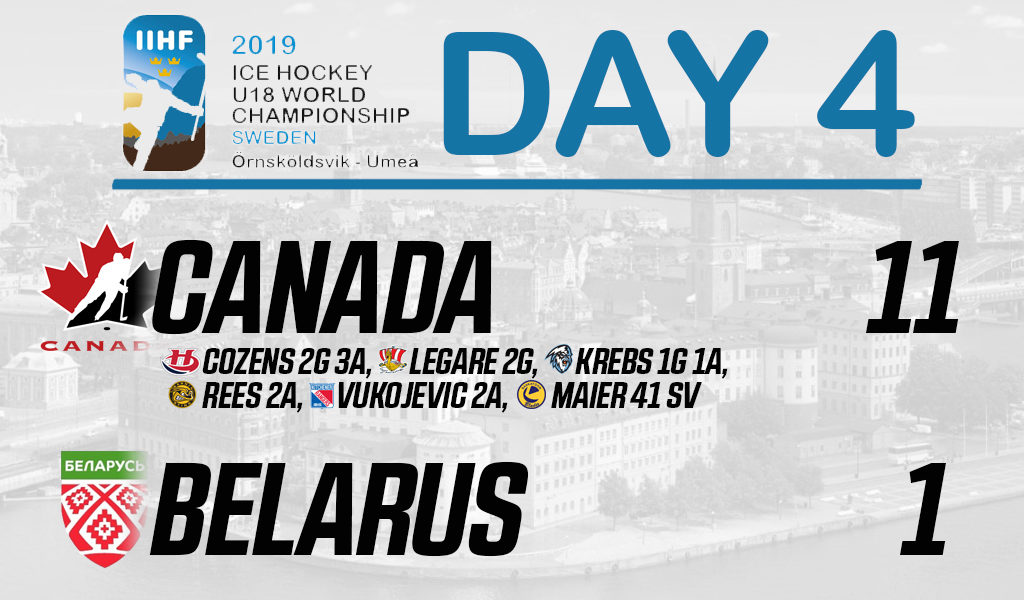 UMEA, Sweden – Canada brought Belarus’ Cinderella 2-0 start at the U18 Worlds crashing down to earth on Sunday, climbing out to a 3-0 first period lead before tacking on five more goals in the second enroute to an 11-1 victory.

“We took them a little bit lightly bit in our exhibition game [a 6-5 overtime win] and they came out hard,” said Cozens post-game. “They were also 2-and-0 in this tournament, so we know they’re a good team, they battle hard and we weren’t taking them lightly today. To get out there, play a hard game for a full 60 minutes, stay even keel and come out how we did, we’re really happy with our game.”

“We wanted to make a statement tonight and that was because of the respect we had for Belarus and how well they were playing in this tournament,” said Canadian head coach Brett Gibson. “Our guys played the right way all night long, and that was our most complete performance.”

Canada improves to 3-0 in the preliminary round and now prepares to face the Czech Republic on Tuesday at 1:30pm ET.

OTHER WU18 SCORES FROM SUNDAY:

OTHER WU18 SCORES FROM SATURDAY:

For full coverage of the 2019 IIHF World Under-18 Hockey Championship, visit IIHF.com. 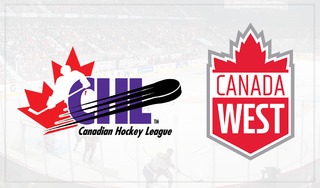