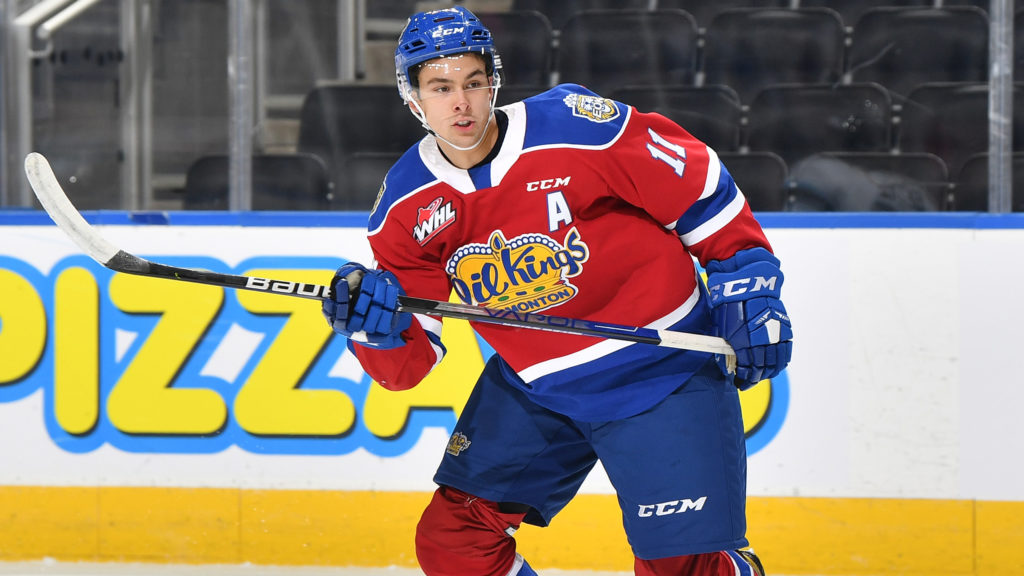 Brandt Clarke, Dylan Guenther and Shane Wright have all been added to Canada’s National Junior Team selection camp that opens Dec. 9 in Moncton.

All three players have played in the NHL this season; Clarke has played nine games with the Kings, Guenther has suited up 21 times with Arizona and Wright has appeared in eight games with Seattle.

Guenther scored his first career NHL goal Oct. 22 while Wright buried his first Tuesday after a brief stint in the AHL with Coachella Valley.

Clarke played 112 games over two seasons with Barrie and was a member of the OHL First All-Rookie Team in 2019-20. The 19-year-old tallied two assists with the Kings and has also played five games with the AHL’s Ontario Reign.

Guenther was a key part of Edmonton’s run to the Ed Chynoweth Cup last season where he had 45 goals and 91 points in the regular season. His postseason was cut short after 16 games, and he missed the 2022 Memorial Cup presented by Kia, due to injury but he made the Coyotes out of training camp this season. The former WHL Rookie of the Year has three goals and 11 points with Arizona.

Wright had 94 points (32 goals) a year ago with Kingston and was subsequently drafted fourth overall by the Kraken. The CHL’s Rookie of the Year in 2020, Wright scored four times with the AHL’s Firebirds and has two points with the Kraken.

Canada is in Group A, based in Halifax, and will play Austria, Czechia, Germany and Sweden in the round-robin.

The National Junior Team selection camp is set for Dec. 9-12. Twenty-seven CHL players were previously announced for the camp Monday.