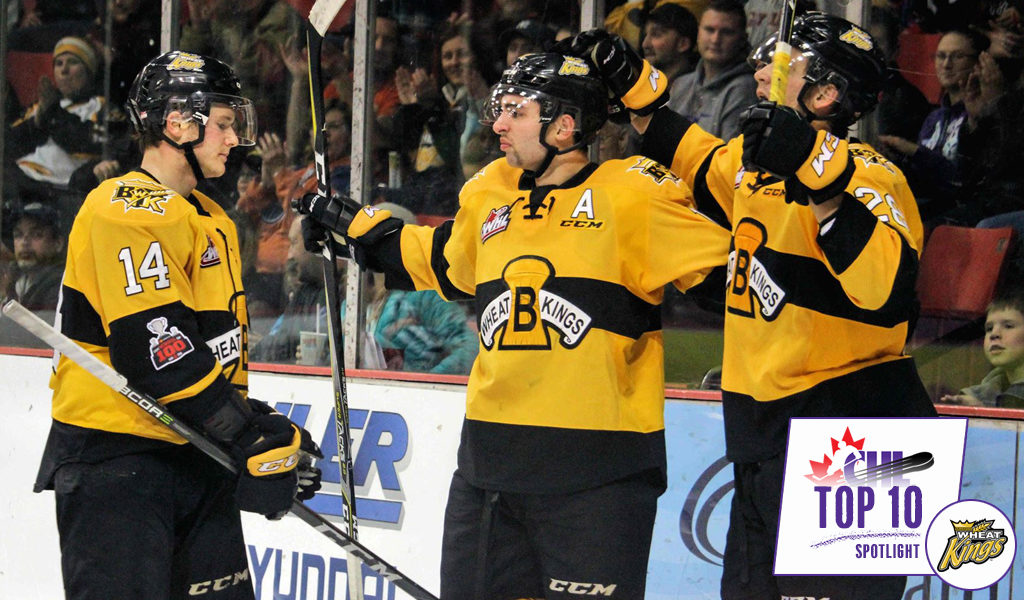 The Brandon Wheat Kings return to the comforts of home after a highly successful six game road trip that saw the club take five victories, defeating capable opponents in the Swift Current Broncos and Medicine Hat Tigers while abroad.

The Wheaties kick off a five game home stand against the 2018 Mastercard Memorial Cup host Regina Pats tonight, entering play as winners of five straight and nine of their last 10.

“If you look at the trip as a whole, we played fairly well overall,” Anning told the Brandon Sun’s Perry Bergson. “I thought we competed hard, we worked hard and if you take a few lapses out in a couple of the games, we had a good effort overall. It’s not easy going out on the road and I thought our guys had the right approach and made the most of it. We were a tighter knit group coming out of the trip as a result.”

The club gets a shot in the arm back on home ice as 6-foot-5 rearguard Daniel Bukac makes his season debut after recovering from offseason knee surgery. Veteran forward Linden McCorrister is back in the lineup as well after missing the road trip with an upper body injury.

Bukac’s return comes at the right time as the Wheat Kings are likely to lose Canadian National Junior Team returnee Kale Clague for the better part of the next month as he embarks on international duty at the 2018 World Juniors in Buffalo. Clague leads all WHL defencemen in scoring with 40 points (10-30–40) in 25 games along with a plus/minus rating of plus-27.

A number of Wheat Kings enter the home stand on a roll. Former WHL Bantam Draft first overall pick Stelio Mattheos has greatly contributed to the club’s third-ranked power play, potting a league-leading 12 goals on the man advantage along with a WHL-best seven game winners this season. Colorado Avalanche prospect and club scoring leader Ty Lewis carries a nine game point streak into tonight’s action and overage forward Evan Weinger has scored in each of his last four games.

“With our group, we have to make sure that a lot of the positives that we saw on the road carry over to home ice where we’re playing a fast game and we’re executing well and hard to play against,” said Anning, looking ahead to tonight’s contest against Regina. “That’s a key. We have to make sure that we’re engaged physically and aware of our assignments against a highly-skilled team.”

Entering the week 10-2-0-1 at home this season, the Wheat Kings play five games at Westman Place in a 10-day stretch facing Regina, Medicine Hat, Kelowna, Kamloops and Lethbridge as they look to close the gap behind Moose Jaw and Swift Current in the East Division.