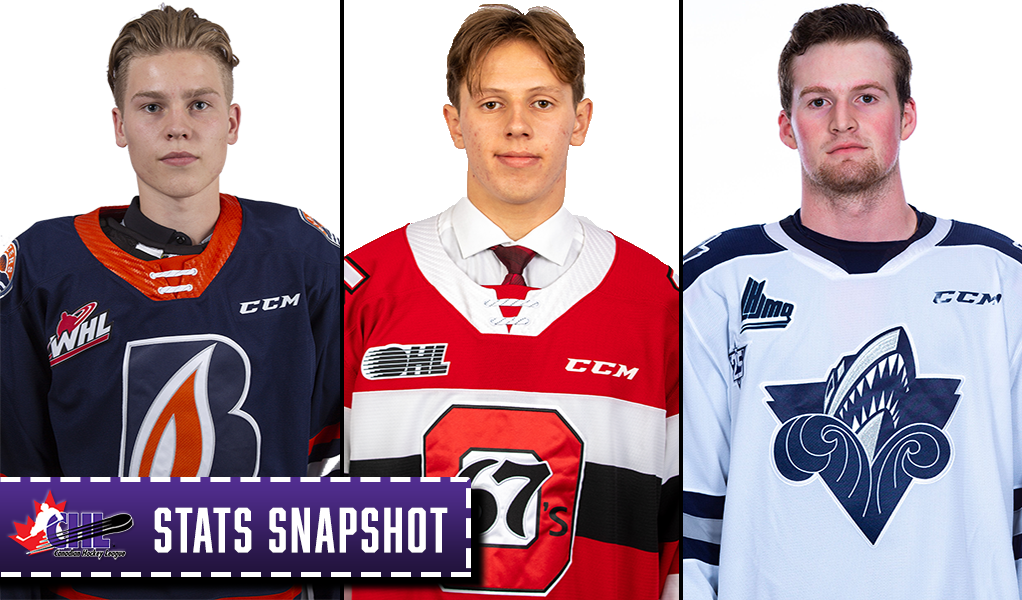 As the Canadian Hockey League readies to drop the puck for the 2020 Kubota CHL/NHL Top Prospects Game, here’s a look at the Top 10 scorers from across the circuit who will skate in the annual classic Thursday in Hamilton:

Austrian-born centre Marco Rossi (ranked 5th by NHL Central Scouting) of the Ottawa 67’s leads the entire CHL with 74 points on the season counting 26 goals and 48 assists across 32 appearances.

The projected first-round selection recently posted an 18-game point streak in which he collected 21 goals and 26 assists with his top showing of that stretch coming against the Kingston Frontenacs on Nov. 27 when he finished with six points including his first career hat-trick (he netted his second three-goal game a month later) in an 11-6 road victory that saw him recognized as the game’s second star.

Topping the charts in the QMJHL is the reigning CHL Player of the Year in Rimouski Oceanic captain Alexis Lafreniere, the number one ranked player in North America by NHL Central Scouting, who has posted 24 goals and 49 assists for 73 points in 34 games this season.

Recently returning to the lineup after an MVP performance with Team Canada at the 2020 IIHF World Junior Hockey Championship, Lafreniere put up one goal and two assists in his first game back in action, marking his 20th multi-point showing this season. On two occasions this year, Lafreniere has put up five points, with his most recent coming in the form of a hat-trick plus two assists in a 10-8 road win versus the Val’d-Or Foreurs in early December.

Alexis Lafreniere of Rimouski in the Quebec Major Junior Hockey League is No. 1 on NHL Central Scouting's midterm ranking of the top North American skaters eligible for the 2020 NHL Draft https://t.co/gXcefRTIYl

There has been plenty of offensive firepower from Kamloops Blazers centre Connor Zary (12th ranked skater by NHL Central Scouting) this season as the budding forward has impressed with 25 goals and 28 assists for 53 points through 37 appearances.

Four times this season, Zary has finished with three points, including his moment recent outing when he notched one goal and two assists in a 7-2 road victory versus the rival Kelowna Rockets that saw him earn first-star honours. In all, Zary has recorded at least one point in nine of his past 10 contests.

5️⃣ Questions with #NHLDraft prospect @ConnorZary of @blazerhockey who is enjoying a strong season in @TheWHL and one of 40 players who will compete in #CHLKTP on January 16 in Hamilton.

Portland Winterhawks centre Seth Jarvis (19th ranked) leads the next wave of scorers from the WHL as the promising talent has collected 49 points counting 20 goals and 29 assists across 37 appearances this season. 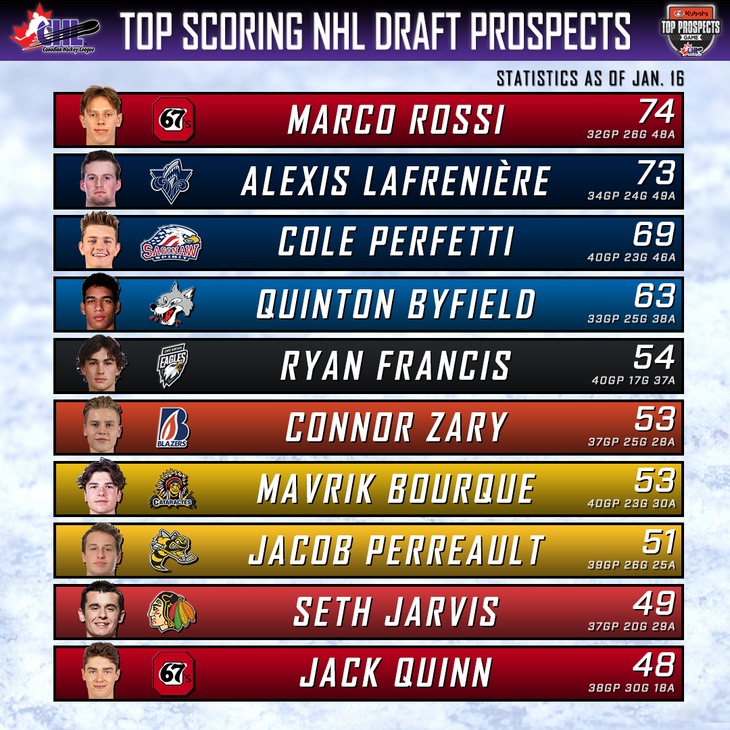