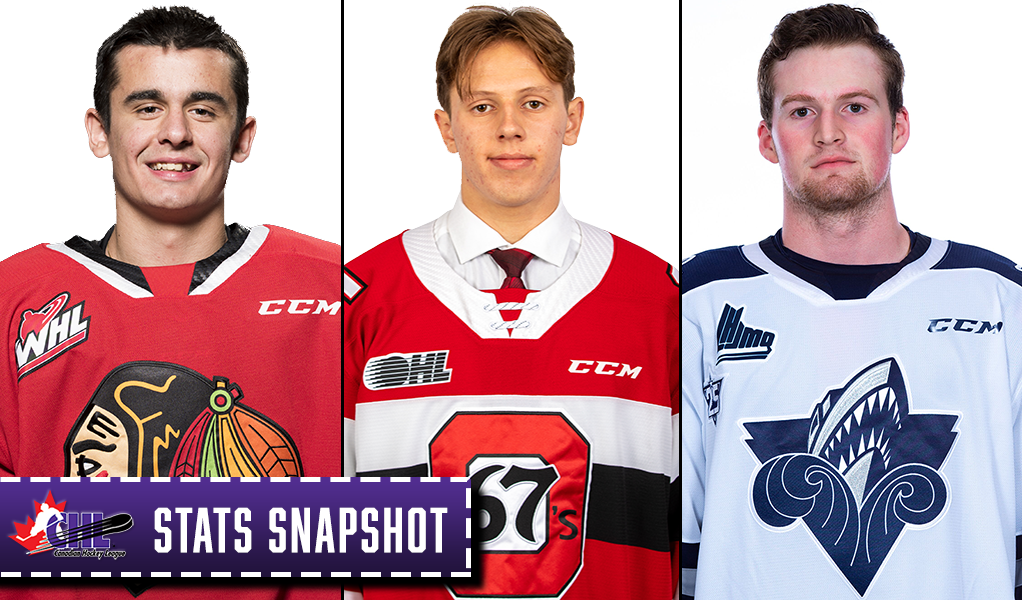 As the 2020 NHL Draft nears, first-year eligible prospects are dominating the scoring races across the Canadian Hockey League:

A dominant offensive presence all season long, on only four occasions has Rossi been held off the scoresheet while he also has 28 multi-point performances including an incredible six-point showing against the Kingston Frontenacs that came in late November.

Across the OHL, other impressive first-year draft eligibles include Saginaw Spirit left-wing Cole Perfetti, the fourth-ranked North American who has tallied 35 goals and 67 assists for 102 points through 56 appearances, followed by Rossi’s 67’s teammate in 18-year-old left-wing Jack Quinn, whose 79-point season through 55 games helps him clock in at No. 9 among North American skaters.

Reigning CHL Player of the Year Alexis Lafreniere of the Rimouski Oceanic has continued his dramatic play in his third season in registering 101 points counting 29 goals and 72 assists across 47 contests.

Lafreniere’s top-level play was most evident earlier this month as he finished with a career-high seven-point performance in an 11-2 victory over the Quebec Remparts, one of 20 contests this season in which Lafreniere has finished a game with three or more points.

Following Lafreniere, another top first-time draft eligible from the QMJHL is Shawinigan Cataractes centre Mavrik Bourque, the 24th-ranked North American who has posted 29 goals and 42 assists for 71 points in 49 games.

Sitting second in scoring in the WHL, Portland Winterhawks centre Seth Jarvis has shined with 86 points counting 36 goals and 50 assists through 52 games this season.

Currently riding a nine-game point streak, the stretch includes a five-point showing coming against the Moose Jaw Warriors that tied a season high and brought Jarvis to 24 multi-point performances in 2019-20.

Beyond Jarvis, next up among first-year draft eligibles from the WHL is Kamloops Blazers centre Connor Zary, the 10th-ranked North American skater who has amassed 33 goals and 39 assists for 72 points in 50 appearances. 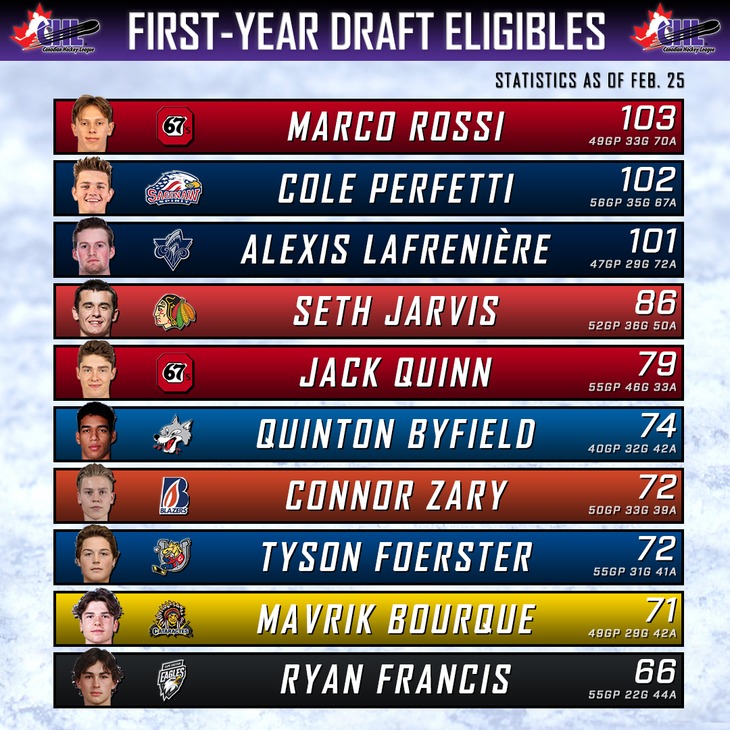