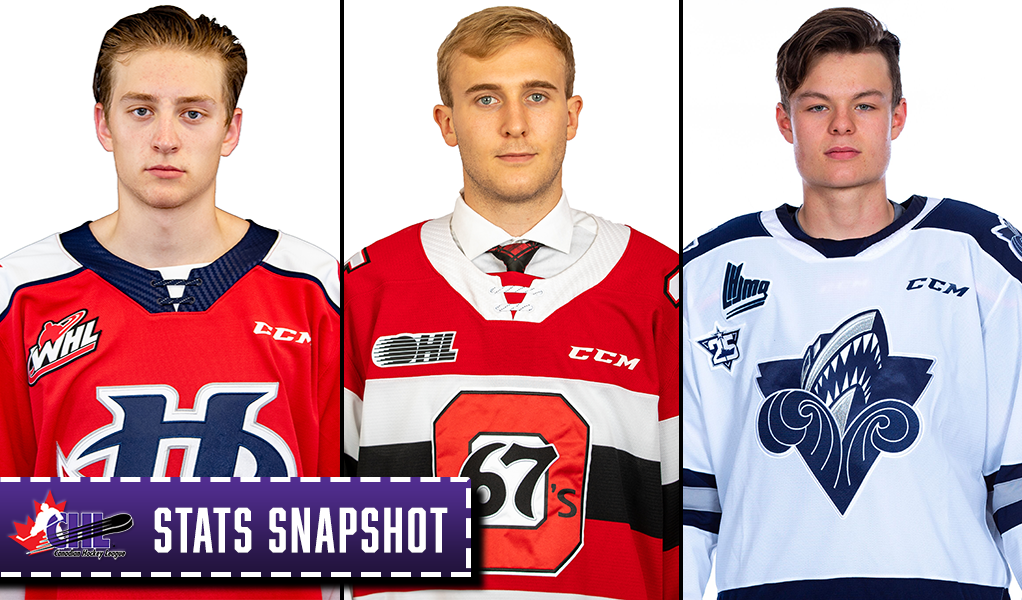 Scoring from the back end always proves invaluable.

Across the CHL, more than 10 rearguards have eclipsed 44 or more points as the season enters its stretch drive, with none better than Ottawa 67’s defenceman Noel Hoefenmayer.

Hoefenmayer headlines the back end

With 67 points on the season, a performance that counts 19 goals and 48 assists through 46 contests, Hoefenmayer holds a 10-point edge on the circuit’s next highest defensive scorer. In all, the veteran blue-liner is a key offensive cog for a first-place 67’s squad that has its sights set on a championship.

Hoefenmayer has been held off the scoresheet just eight times this season, illustrating the consistency and offensive reliability he brings to Ottawa’s lineup. That stretch also includes nearly 20 multi-point performances, including a pair of four-point showings as well as a career-first hat-trick. Currently riding a nine-game point streak, Hoefenmayer has collected four goals and 11 assists over that time.

Across the OHL, other top scorers from the back end include San Jose Sharks first-round pick Ryan Merkley of the London Knights with 57 points counting 12 goals and 45 assists through 45 appearances as well as Winnipeg Jets prospect Declan Chisolm of the Peterborough Petes who has registered nine goals and 47 assists for 56 points through 49 games this season.

Out west, no rearguard has found the scoresheet more often this season than Lethbridge Hurricanes second-year blue-liner Alex Cotton whose totals count 15 goals and 37 assists for 52 points.

Cotton was particularly dominant through January where he combined for 12 points over 11 contests including back-to-back three-point showings, with the latter contest seeing Cotton net his second two-goal performance of the season. In all, Cotton has recorded 11 multi-point efforts on the season with his high-water mark coming against the Winnipeg ICE in early November when he finished with one goal and a trio of assists en route to an 8-2 road victory.

Beyond Cotton, other top defensive scorers from around the WHL include Kamloops Blazers veteran rearguard Max Martin with 48 points counting nine goals and 39 assists over 47 contests followed by Everett Silvertips fourth-year blue-liner and Philadelphia Flyers prospect Wyatte Wylie who has tallied 11 goals and 33 assists for 44 points through 47 outings.

Topping the charts in the QMJHL is Rimouski Oceanic rookie rearguard Isaac Belliveau who is outpacing the competition with 46 points counting nine goals and 37 assists through 49 games this season.

Finding incredible chemistry with teammate and projected first-overall selection Alexis Lafreniere, Belliveau has racked up the points this season. The Quebec native started the year on a high note, putting up 18 points through 13 games in October, a stretch which saw him held off the scoresheet on just two occasions and also included back-to-back three-point performances. Belliveau’s strong play has continued into the season’s second half where he has recorded at least one point in four of his past five outings.

Around the QMJHL, other top defensive scorers include Saint John Sea Dogs defenceman Jeremie Poirier, a projected early selection in the 2020 NHL Draft who has recorded 44 points counting 16 goals and 28 assists through 51 showings. Matching that point total is Poirier’s teammate in William Villeneuve, another draft-eligible blue-liner who has registered eight goals and 36 assists in as many appearances. 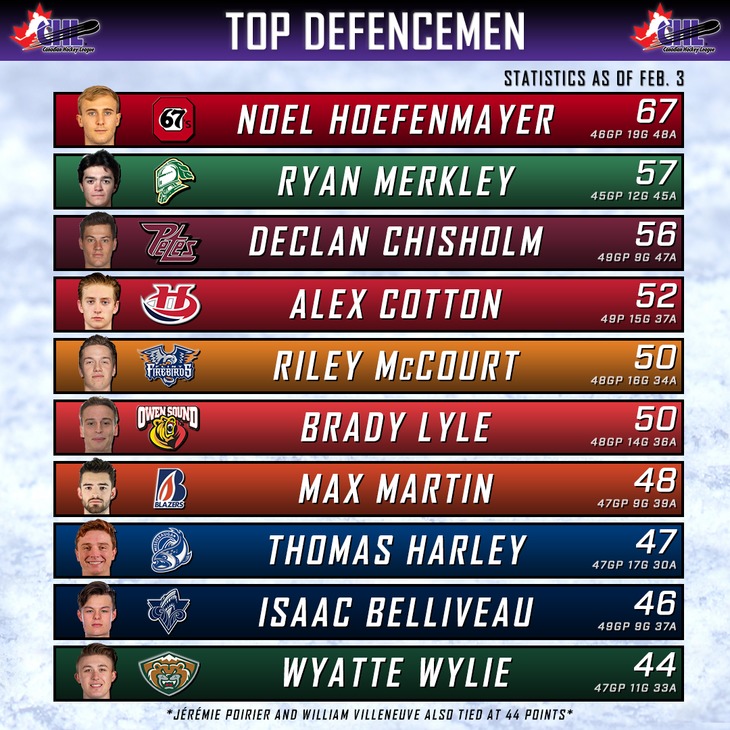