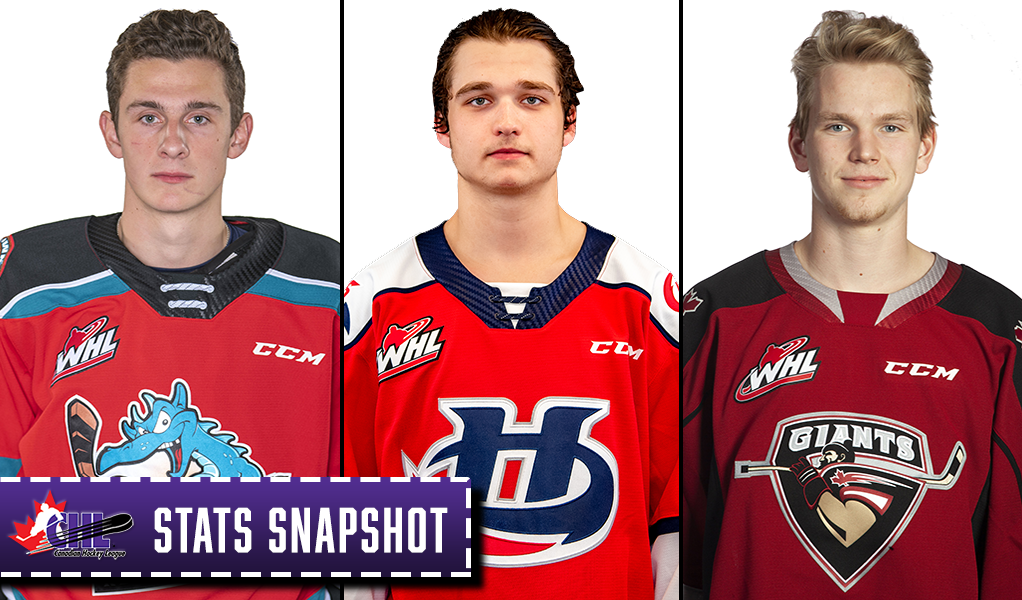 Talent from across Western Canada was on full display for Team WHL at the 2019 CIBC Canada Russia Series:

Leading the way for Team WHL was Kelowna Rockets captain Nolan Foote, who wrapped up the event with three points counting two goals and one assist.

Foote’s two tallies came in the deciding contest against Russia as he pocketed a pair of power play markers in a span of 2:28 to help his squad recover from a 2-0 deficit. The Tampa Bay Lightning first-round pick then lit the lamp twice more in the series-deciding shootout to give the CHL its 13th win in event history.

With the Rockets this season, the newly minted captain has led the way offensively in collecting 10 goals and 15 assists for 25 points in 18 contests to rank eighth league-wide with 1.39 points per game. On two occasions this year, Foote has posted four-point efforts, most recently against the Prince George Cougars on Nov. 1 when he finished with one goal and three assists in a 6-2 final that saw him recognized with second-star honours.

Addison adds up the points

Providing offense from the back end was Lethbridge Hurricanes blue-liner Calen Addison, who chipped in with one goal and one assist over the two-game showing.

Notching the overtime winner in Game 5, the Pittsburgh Penguins prospect grabbed a perfect feed before picking a corner on Russian netminder Amir Miftakhov as Team WHL recorded its second goal in under three minutes to cap the comeback. Addison again got on the scoresheet the following night in picking up an assist on the man advantage.

Overtime hero @calenaddison 🇨🇦@penguins prospect and @WHLHurricanes star walks in from the point and rips home the winner to complete @TheWHL comeback and take the @cibc #CANvsRUS series lead 🎥 pic.twitter.com/yuoyoBVbtU

Back with the Hurricanes, Addison has had a fantastic start to the 2019-20 campaign in scoring just shy of a point-per-game pace with four goals and 17 assists across 22 appearances to rank third in scoring among WHL defencemen. Addison’s top performance this season came against the rival Edmonton Oil Kings in early November when he finished with three assists and second-star recognition in a 4-3 overtime victory.

Byram brings it from the back end

Rounding out the top performers from Team WHL is Vancouver Giants rearguard Bowen Byram, whose ability to generate offense from the back end was on display over his two-game effort as he finished with one goal and one assist.

Factoring in on both tallies in a 2-1 overtime victory over Russia in Game 5, Bowen first sent the game to the extra frame after maneuvering into the slot and firing a perfect shot past the Russian netminder. The Colorado Avalanche first-round pick then continued his late-game heroics in overtime in setting up Addison’s game winner to give his side an 8-7 points advantage heading into the series-deciding Game 6.

He was the fourth overall pick in June’s NHL draft by the @Avalanche. Many believe he’ll play a huge role on Team Canada this Christmas. We go chat with @WHLGiants d-man
@BowenByra. Listen here: https://t.co/jcW3Y3wI6I or wherever you get podcasts.#chl #whl #ohl #qbmjhl pic.twitter.com/Aat0UXhE3p

With the Giants this season, Byram has continued to shine offensively in registering 14 points counting two goals and 12 assists across 20 appearances. That stretch has seen Byram record five multi-point games, with his most recently coming against the Tri-City Americans in early November when he picked up a pair of helpers and first-star honours in a 6-3 road win. 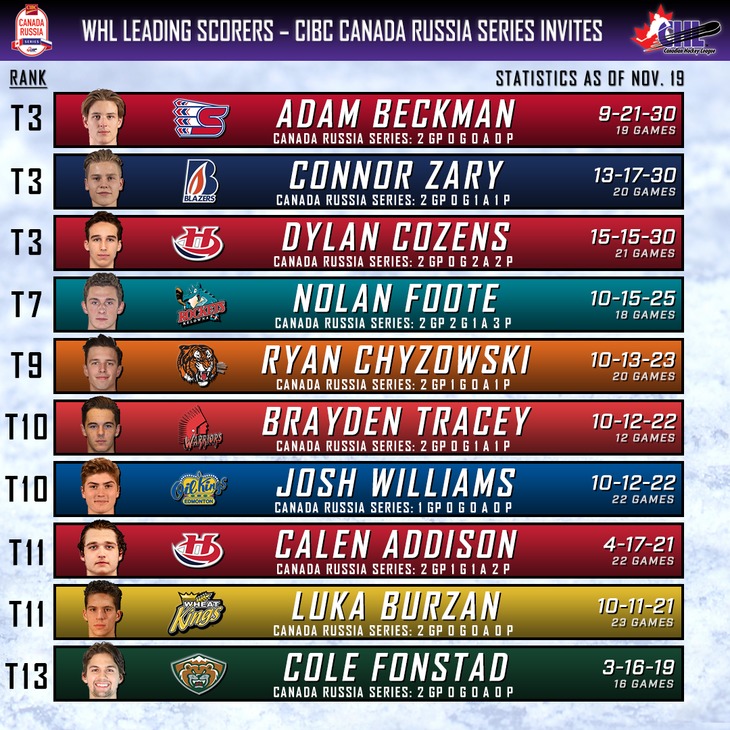