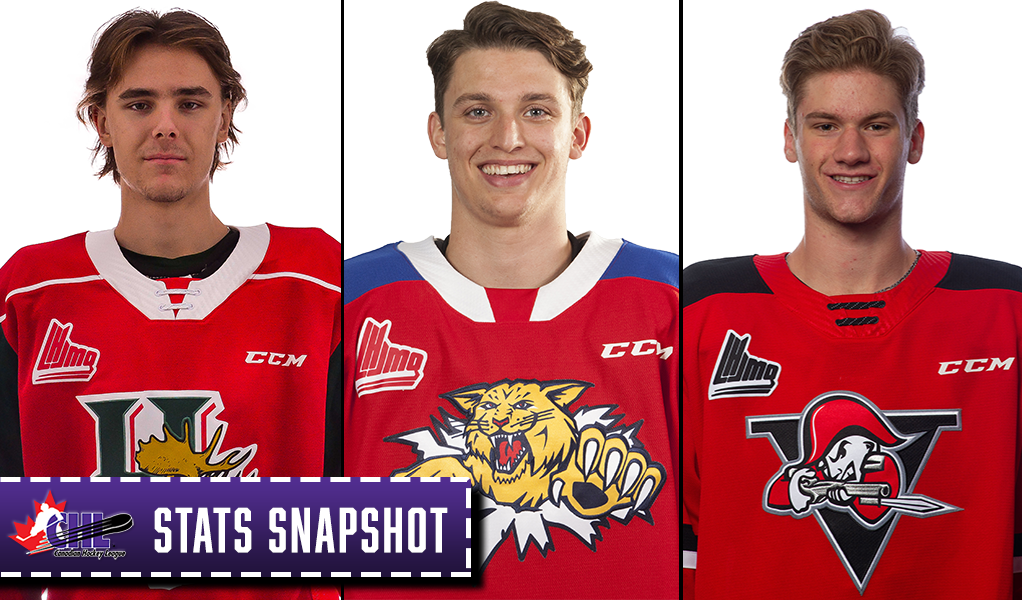 Talent from across Quebec and beyond was on display for Team QMJHL at the 2019 CIBC Canada Russia Series:

Topping the charts for Team QMJHL was Halifax Mooseheads forward and Edmonton Oilers prospect Raphael Lavoie, who through two contests posted three goals and one assist.

After notching one tally in the series opener, the native of Chambly, Que., put on a show the next night as he initially opened the scoring less than two minutes into the initial frame before later sealing the contest with the overtime winner to give Team QMJHL its first win in the series since 2017.

With the Mooseheads this season, Lavoie has impressed in recording a team-leading 28 points counting 13 goals and 15 assists across 18 appearances. His best showing came Oct. 13 when he put up four points against Val-d’Or to lead his squad to victory. The 19-year-old has recorded at least one point in 13 of his past 14 appearances, including an 11-game point streak that covered much of October.

Jakob Pelletier’s ability to creatively set up his linemates was on display in both QMJHL showings at the 2019 CIBC Canada Russia Series.

Forming immediate chemistry with linemate Dawson Mercer, Pelletier collected a pair of tallies in each contest, though the latter game was the more impressive as he factored in on both the game-opening and game-tying goals. In all, his four points tied Lavoie for the team lead in scoring.

A first-round pick by the Calgary Flames, Pelletier continues to live up to his draft day billing as this season with the Moncton Wildcats he has recorded 28 points counting 11 goals and 17 assists to sit second in team scoring. The product of Quebec City put his skill on display on Oct. 13 against Saint John as he recorded five points counting a hat-trick plus two assists in a 9-0 smashing of the Sea Dogs. Pelletier, 18, is currently riding an eight-game point streak.

Mercer shines ahead of draft

Rounding out the top performers from Team QMJHL was a three-point showing by Mercer as the draft-eligible forward finished with two goals and one assist in the pair of contests.

Picking up a tally each night, the Drummondville Voltigeurs forward undoubtedly drew the attention of the opposition as well as eager talent evaluators with his ability to find the back of the net, with his most timely goal coming in Game 2 when he evened the score and helped send the contest to overtime where Team QMJHL picked up its first win in the series in two years.

It’s all about the tape 😏@Sportsnet’s Sam Cosentino points out the unique stick ritual of #NHLDraft prospect @DawsonMercer14 of @Voltigeurs_DRU just minutes before the @QMJHL star scores his first goal of @cibc #CANvsRUS 🎥 pic.twitter.com/5qawP2lgov

Skating in his third season with the Voltigeurs, Mercer leads the offensive charge for the club as he has recorded a team-leading 31 points counting 16 goals and 15 assists in 19 appearances. The native of Bay Roberts, N.L., is eligible for the 2019 NHL Draft, receiving a ‘B’ grade in NHL Central Scouting’s ‘Players to Watch’ report for October, which projects him as a candidate for second- or third-round selection. 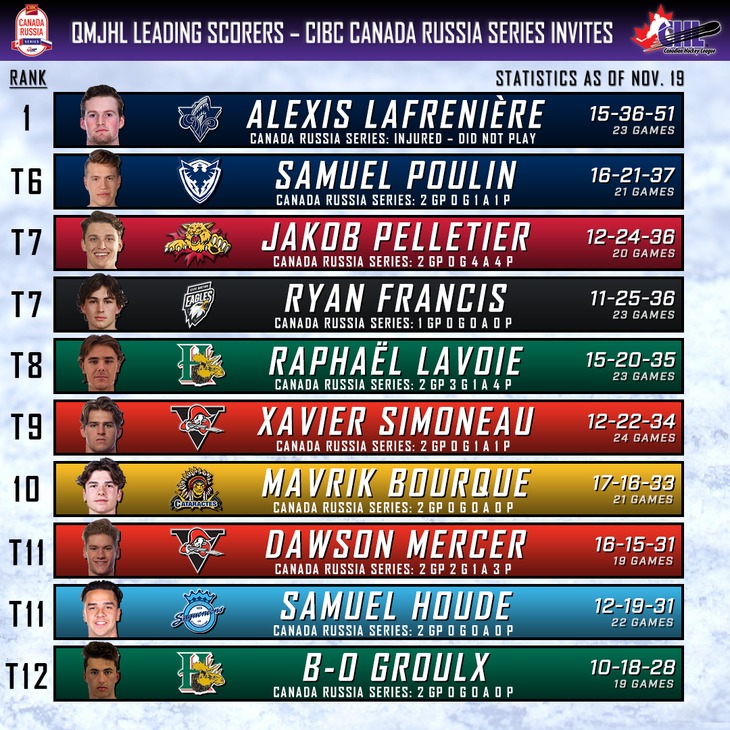