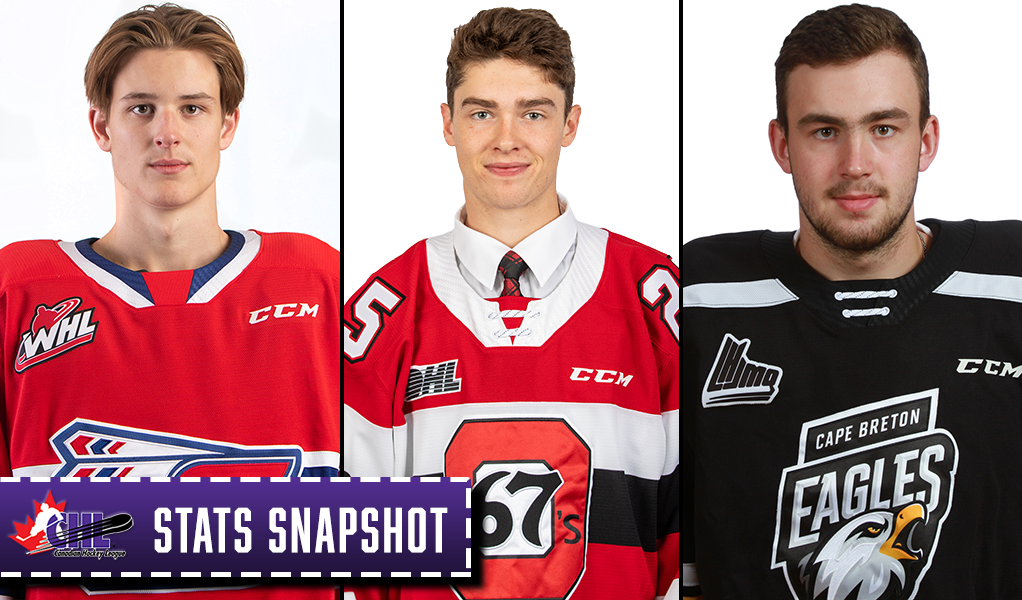 The award races are on across the Canadian Hockey League.

As the season nears February, 17 skaters have reached the 30-goal plateau as they look to add some hardware to their trophy cases. With that in mind, here is a look at the top goal-getters from across the circuit:

No player has lit the lamp more times this season than Ottawa 67’s right-wing Jack Quinn who through 43 appearances has tallied 37 goals.

On nine occasions this season, Quinn has come away with a multi-goal effort, including a trio of hat-trick performances in January alone. A projected first-round candidate in the coming NHL Draft, Quinn has registered at least one goal in five of his past six outings, counting a two-goal showing in Sunday’s 5-2 win over the Saginaw Spirit.

Across the OHL, other top goal scorers include Toronto Maple Leafs prospect Nick Robertson of the Peterborough Petes with 34 goals in 31 games followed by Washington Capitals first-round pick Connor McMichael of the London Knights who has tallied 34 times in 35 games.

Leading the way in the QMJHL is Cape Breton Eagles left-wing Egor Sokolov who has impressed with 35 goals in only 37 games this season.

Passed over in the last two NHL Drafts, Sokolov’s performance this season has helped him climb to 94th in NHL Central Scouting’s Midterm Rankings ahead of the 2020 NHL Draft in Montreal. With 10 multi-goal performances on the season, that stretch includes a career-high showing against the Blainville-Boisbriand Armada on Thursday in which Sokolov finished with four goals en route to a 7-5 victory coupled with first-star recognition.

Congratulations to Eagles forward Egor Sokolov on capturing a silver medal at the World Juniors, with an assist in the gold medal game! pic.twitter.com/qnuGT90Szg

Following Sokolov in the QMJHL is Rimouski Oceanic centre Cedric Pare who has netted 33 goals in 48 games, putting him one ahead of Toronto Maple Leafs prospect Mikhail Abramov of the Victoriaville Tigres who has recorded 32 goals in as many outings.

Topping the charts in the WHL is Minnesota Wild draft pick Adam Beckman of the Spokane Chiefs who has come away with 34 goals through 45 appearances in 2019-20.

A consistent offensive producer, Beckman has registered five multi-goal showings this season, including a pair of hat-tricks coming in December versus the Seattle Thunderbirds and Tri-City Americans. That consistency has continued in recent weeks where Beckman has finished with one goal in five of his last seven showings.

Across the WHL, other top goal scorers include Kamloops Blazers veteran left-wing Orrin Centazzo who has recorded 33 goals in 46 games followed by Everett Silvertips fourth-year right-wing Bryce Kindopp with 30 goals in as many appearances. 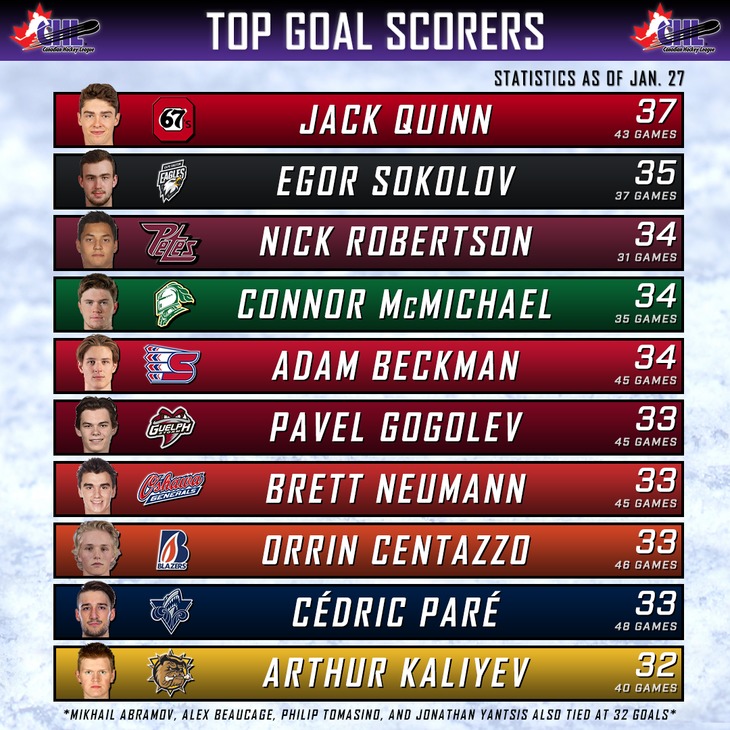 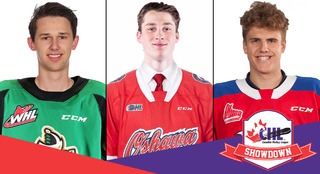