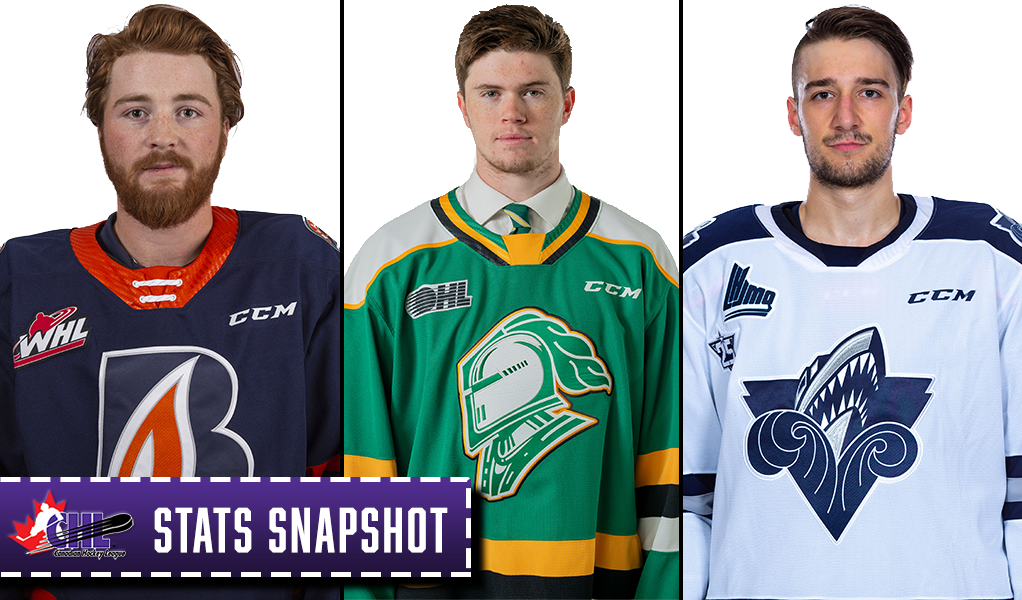 Strong special teams breed success in hockey, and the ability to capitalize on the man advantage is no small part of that.

Across the Canadian Hockey League this season, nine players have already found the back of the net at least seven times on the power play:

Finding incredible chemistry alongside linemate and the projected top selection in the coming 2020 NHL Draft in Alexis Lafreniere, Rimouski Oceanic centre Cedric Pare is a force on the power play, already with 13 tallies on the man advantage through the first 25 games of 2019-20.

Pare’s power play markers have come in 10 total contests, including a phenomenal three-goal performance against the Saint John Sea Dogs in late October en route to a 6-1 victory and first-star honours.

London Knights forward and Washington Capitals first-round pick Connor McMichael has been a consistent offensive threat on the man advantage this season, coming away with nine power play tallies through 21 appearances.

The nine total goals have come in seven games, including separate nights where McMichael finished with a pair on the power play. Most recently against the rival Kitchener Rangers on Nov. 22, McMichael netted a hat-trick with two of the tallies coming on the man advantage to help guide his club to a 5-1 road victory and claim first-star honours.

The #OHL's leading scorer helped the @GoLondonKnights skate to a third straight win in a 4️⃣ point effort. pic.twitter.com/PMgvsGCub9

Other top power play scorers from around the OHL include Hamilton Bulldogs forward and Los Angeles Kings prospect Arthur Kaliyev with eight tallies, followed by Damien Giroux of the Saginaw Spirit and Chad Yetman of the Erie Otters, each with seven.

Special team heroics have also been on display in the WHL with Kamloops Blazers veteran forward Zane Franklin leading the way with eight markers on the man advantage through 24 games.

This season, Franklin’s eight power play goals have come in five total contests, counting two games with multiple tallies on the man advantage. That feat is headlined by a mid-October showing against the rival Vancouver Giants in which he finished with a hat-trick after lighting the lamp three times on the man advantage as the Blazers picked up a 6-0 victory on home ice with Franklin receiving first-star recognition.

Among the other top power play goal producers from the WHL includes Franklin’s Blazers teammate in 2020 NHL Draft hopeful Connor Zary, who has seven power play goals through 23 contests this season. 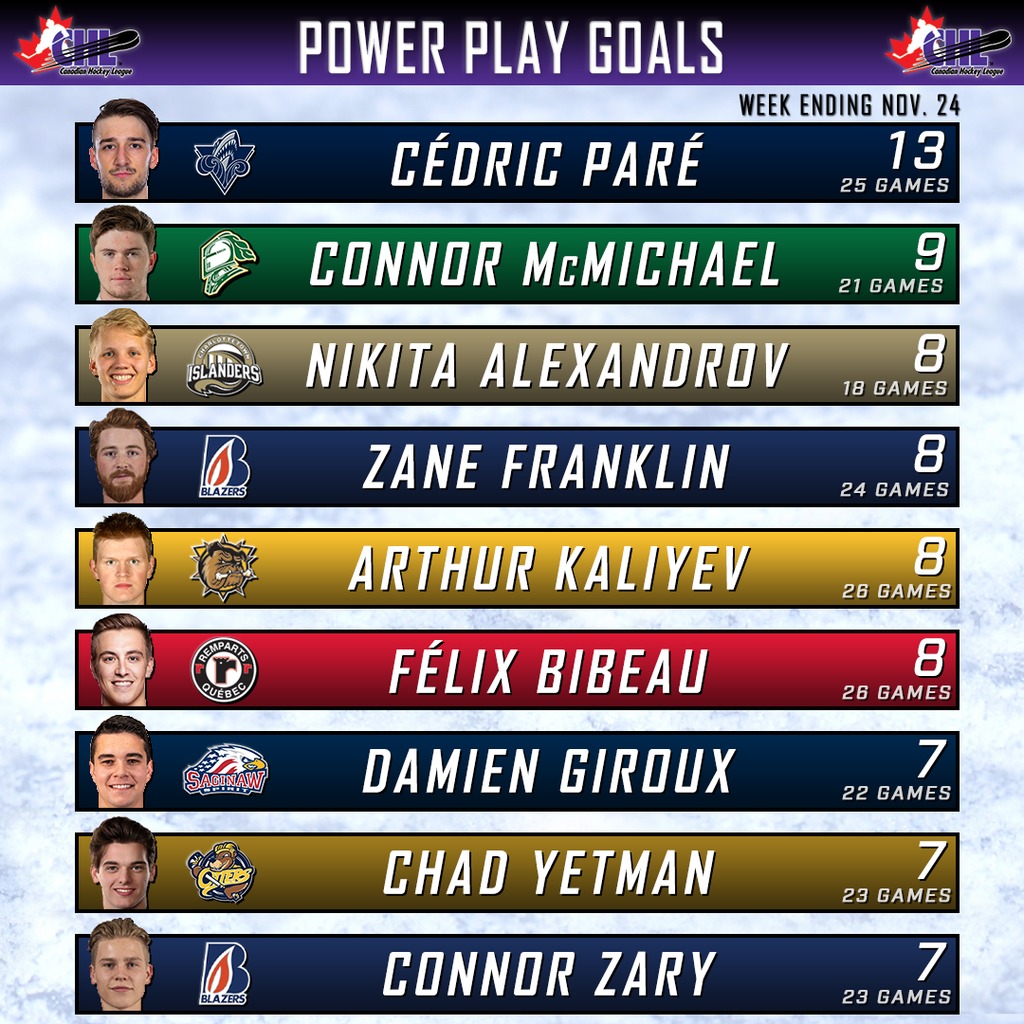