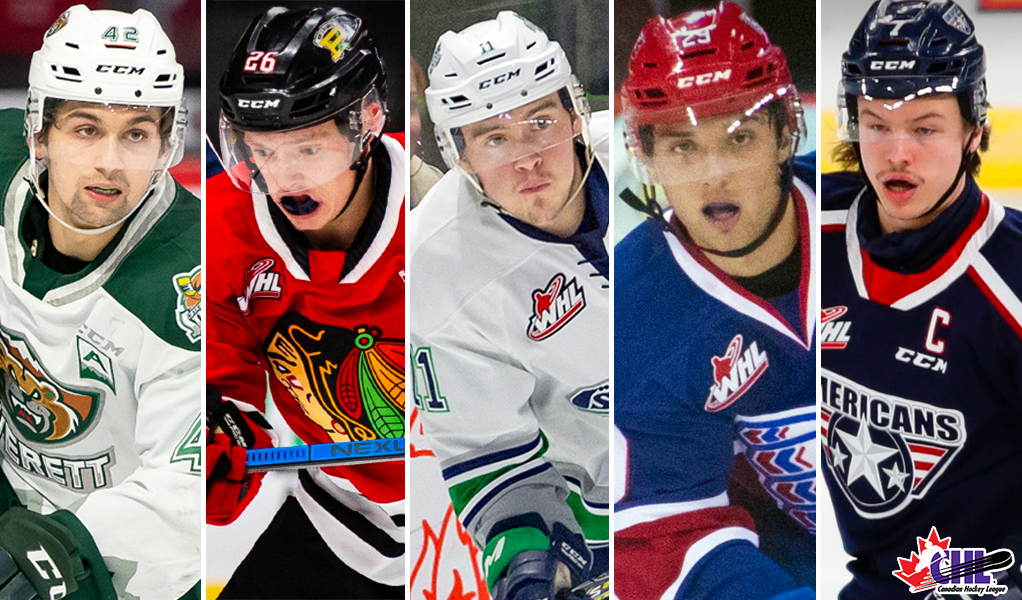 The Everett Silvertips will see the departure of a trio of players, beginning up front with veteran left-wing Cole Fonstad. Splitting his 293 WHL career contests between the Prince Albert Raiders and Silvertips, Fonstad’s time in the junior ranks is highlighted by a league playoff championship with the Raiders in 2018-19, while the past season saw him lead the Silvertips with 34 points in 23 games. The Saskatchewan native will continue his playing career with the AHL’s Cleveland Monsters for the coming season. Also up front, Everett has graduated right-wing Ethan Regnier, a 2018 Ed Chynoweth Cup champion with Swift Current whose time in juniors totaled 207 career contests split between the Broncos and Silvertips. The Prince Albert, Sask., native will join the Mount Royal Cougars for the 2021-22 campaign. On the back end, longtime blue-liner Gianni Fairbrother graduates after spending the entirety of his junior career with the Silvertips in which he amassed 18 goals and 65 assists for 83 points in 160 total appearances. A 2019 third-round selection by the Montreal Canadiens, Fairbrother secured an entry-level contract with the club in March.

The Portland Winterhawks will see a pair of players move on following the past season, beginning up front with right-wing Mason Mannek who graduates after spending his entire junior career with the club. In all, Mannek skated in 212 career contests with Portland in which he collected 94 points, while also serving as an alternate captain for his final two seasons. Mannek will turn pro full time next season with the ECHL’s Utah Grizzlies. Meanwhile, on the back end, the Winterhawks will also see the graduation of rearguard Nick Cicek, who elevates to the next level after spending part of four seasons and 138 total appearances with the club in which he tallied 48 points. After serving as captain of the Winterhawks in 2020-21, Cicek has since signed with the AHL’s San Jose Barracuda for the coming season.

The best in the classroom and the best on the blue line. 👏

Congratulations to Mason Mannek and Nick Cicek on being named U.S. Division Scholastic Player of the Year and Defenseman of the Year, respectively.

The Seattle Thunderbirds will see one graduation in right-wing Keltie Jeri-Leon who since debuting in the WHL in 2016 counted stops with the Tri-City Americans, Kamloops Blazers, Lethbridge Hurricanes, and Thunderbirds, totaling 250 games and 110 points. Among his most memorable performances from his career, the native British Columbian wrapped up the 2019-20 campaign with a career-high 41 points across 63 outings.

We Love You Keltie! 💙 💚 pic.twitter.com/Oaq8e4V9do

A trio of players have graduated from the Spokane Chiefs beginning down the middle with Eli Zummack. The veteran centre was a consistent offensive producer over his time with the Chiefs, highlighted by the 2019-20 season that saw him tally 86 points including a league-leading 64 assists as he was later named to the WHL Western Conference Second All-Star Team. The coming season will see Zummack continue his playing career with the AHL’s Providence Bruins. Meanwhile, a pair of blue-liners in Matt Leduc and Bobby Russell are set to depart Spokane. For Leduc, his junior career comes to a close following five seasons and 174 contests with the club, while Russell’s time in the WHL came over part of five seasons and 178 total appearances between the Chiefs and Kootenay ICE.

📝 | Congratulation to Chiefs captain Eli Zummack on signing a 2-year contract with the @AHLBruins!

Rounding out the WHL’s U.S. Division, a trio of players have skated in their last game with the Tri-City Americans, including a pair of forwards in centre Jack Barnes and left-wing Nick Bowman. For Barnes, the 2000-born forward moves on after skating a lone season and 16 appearances with the club, while Bowman shifts to the next level following five seasons that spanned stops with the Edmonton Oil Kings, Moose Jaw Warriors, Kootenay ICE, and the Americans. In all, Bowman collected 63 points over 209 career contests. The Sherwood Park, Alta., native has committed to the Ottawa Gee-Gees for the coming season. Meanwhile, the Americans will also see the departure of veteran defender Luke Zazula who captained the squad this past season while also notching nine points across 18 appearances. In all, Zazula’s junior career was split between the Americans and Kamloops Blazers, totaling 239 career contests and 82 points. The steady defenceman has committed to the Acadia Axemen for 2021-22.

Congratulations to Luke Zazula on receiving the 2020-21 Jack in the Box Three Stars Award! pic.twitter.com/qTqEK3wDtl