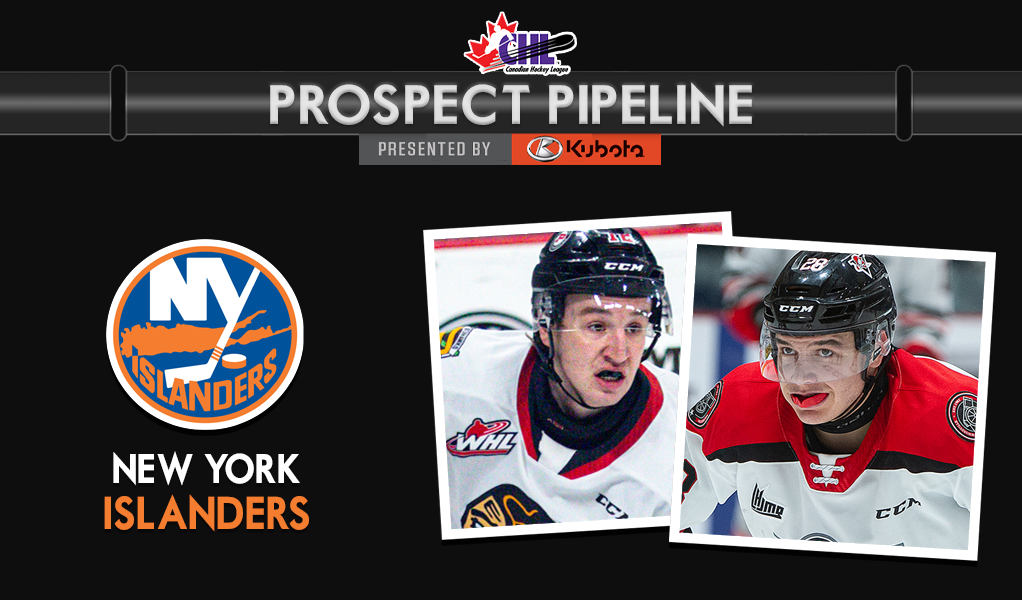 A budding power forward, Dufour plays an aggressive style mixed with a scoring touch. Originally chosen with the sixth pick in the 2018 QMJHL Entry Draft, Dufour’s three seasons have seen him split time between the Rouyn-Noranda Huskies, Chicoutimi Sagueneens, and Drummondville Voltigeurs in which he has collected 105 points counting 54 goals and 51 assists over 137 career contests. Posting a career-high 55 points over 59 games in 2019-20, the talented right-wing improved on that pace this past season, scoring north of a point-per-game as he registered 17 goals and 12 assists through 23 appearances to finish second in team scoring. A Quebec City native, Dufour has also earned opportunities under the international spotlight, including a six-game showing at the 2018 World Under-17 Hockey Challenge where he picked up two goals and helped Team Canada Red advance to the bronze-medal game. A fifth-round selection in last summer’s NHL Draft, the 2002-born forward is set to continue his development in the junior ranks for the coming campaign.

#HighlightOfTheNight | William Dufour will make the @NYIslanders proud if he keeps scoring goals like this one for the @Voltigeurs_DRU #QMJHL pic.twitter.com/C1KMe9fBY7

A solid two-way player, the Saginaw Spirit centre mixes good offensive instincts with a desirable compete level and defensive structure in his own zone. Chosen fourth overall in the 2016 OHL Priority Selection, Jenkins joined the Spirit to begin the 2017-18 season and put together a remarkable freshmen year that saw him finish fourth in team scoring with 44 points counting 20 goals and 24 assists in 68 outings. Such a successful season saw the 2000-born forward rank fifth among first-year scorers league-wide and earn a spot on the OHL First All-Rookie Team. Jenkins then built on that performance as a sophomore as he witnessed a 15-point uptick, wrapping up his second season with 23 goals and 36 assists through 67 games. In all, Jenkins’ three-year OHL career has totaled 182 total appearances in which he has racked up 59 goals and 84 assists for 143 points. Meanwhile, the Michigan native has also earned playing time internationally, marked by a five-game showing with Team USA at the 2016 World Under-17 Hockey Challenge. A 2018 fifth-round selection, Jenkins played the past season on loan with the Islanders’ farm club in Bridgeport where through 13 games he picked up two goals and two assists.

Third-year veteran one of a pair of @SpiritHockey forwards to sign a three-year entry level #NHL contract with the @NYIslanders.

A versatile forward who brings a competitive edge and an ability to play on both special teams, the 2001-born centre has also been a consistent offensive producer over his four seasons with the Portland Winterhawks, highlighted by a career-high, 65-point effort in 2019-20 that saw him finish third in team scoring. Newkirk then followed up on that performance with 27 points in the WHL’s recently completed 24-game slate, marking the second-straight season in which he has scored north of a point per game. In all, the native of Moose Jaw, Sask., has seen 205 career contests with the Winterhawks in which he has amassed 162 points counting 69 goals and 93 assists. A fifth-round selection from the 2019 NHL Draft, Newkirk and the Islanders agreed to terms on an entry-level contract in May.

Congrats on the milestone, Reece! pic.twitter.com/cCYYFYSrJu

A talented, all-around defender, the Saginaw Spirit rearguard possesses good puck skills that allow him to find the scoresheet both at even strength and on the man advantage, while his size and his ability to read plays makes him a difficult defender for the opposition. Spending part of two seasons with the Spirit from 2018-20, Wilde’s time in the junior ranks is highlighted by the 2018-19 campaign where through 62 games he racked up 19 goals and 51 assists for 70 points, good for second in team scoring, and just four points shy of top spot, in addition to third-best among defencemen league-wide, ultimately helping him to garner a spot on the OHL Second All-Star Team. Meanwhile, this past season saw the 21-year-old play on loan in the pro ranks, seeing 22 appearances with the Islanders’ AHL affiliate in which he collected three goals and three assists. A native of Plymouth, Mich., Wilde has also had success on the international stage, most notably a silver-medal finish with Team USA at the 2018 IIHF U18 World Championship. A 2018 second-round selection, Wilde signed with New York the following December.

In his first year in the @OHLHockey, Wilde recorded 70 points (19G,51A). Ranking him 3rd out all OHL Defenseman #SoarWithUs pic.twitter.com/vAo1KUjaAj 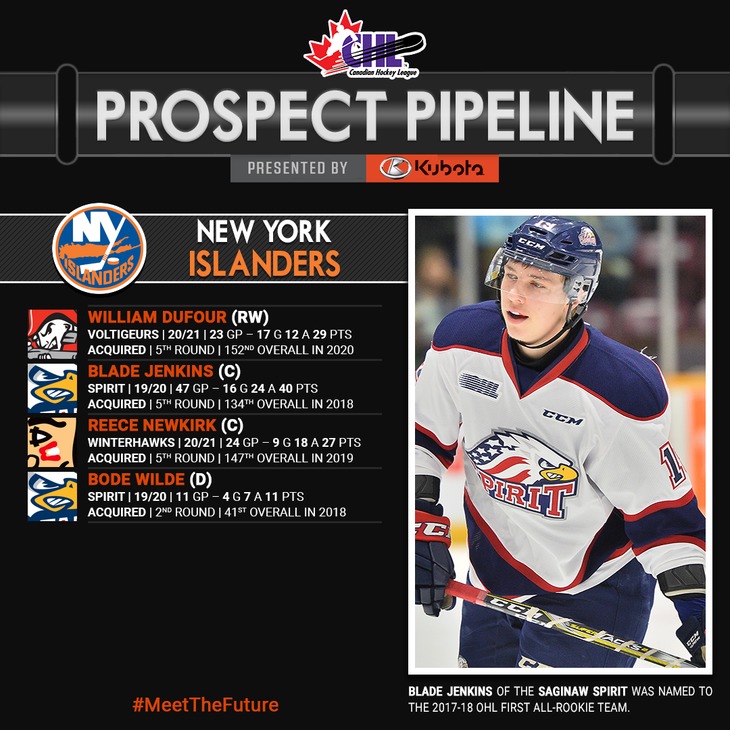