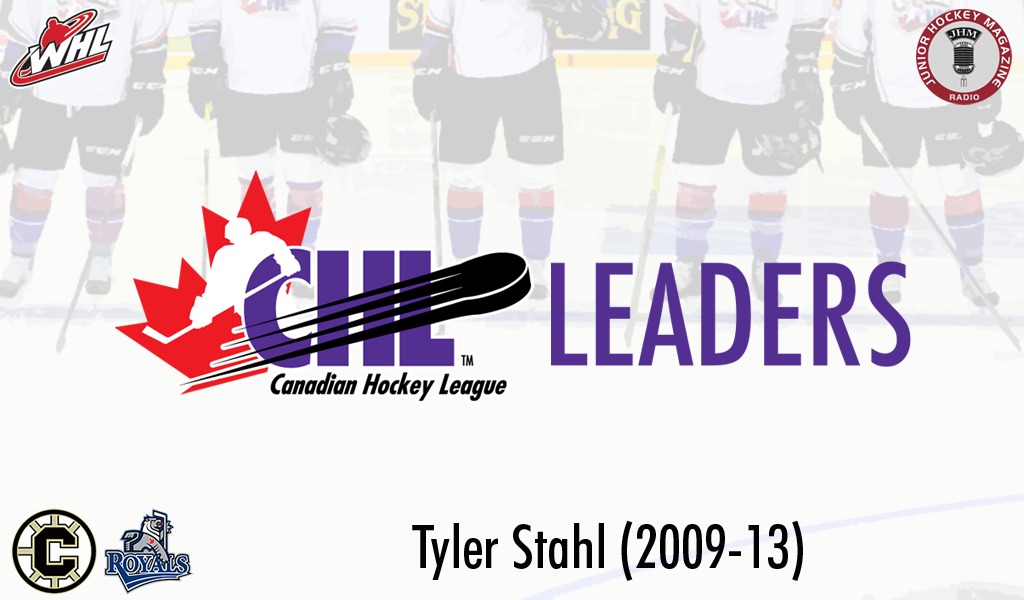 Tyler Stahl lived out a dream that so few get to experience – getting drafted into the NHL.

Selected in the sixth round of the 2010 NHL Draft by the Carolina Hurricanes, the Victoria Royals graduate vividly recalled that special moment during the CHL Leaders segment of Junior Hockey Magazine.

“It was really cool. Like the same as any kid growing up playing hockey in Canada, that is the end goal to get drafted to the NHL,” Stahl said. “For me, it was a little different than a lot of guys who I was playing with at the time. Some guys go to the draft or have a draft party, but I actually just wanted to step away that day so I ended up going to the mall and doing some shopping.

“I then got a call from my agent to let me know that Carolina had selected me and shortly after I received a welcome call from Ron Francis, which was pretty cool to get to talk to someone like that who is a legend in the NHL.”

A series of unfortunate injuries however ultimately derailed Stahl’s hockey aspirations, as he then used his final season in the junior circuit – a career that spanned 188 total games with the Chilliwack Bruins and Victoria Royals franchise – to begin considering his options, knowing that an invaluable education would help him pave a successful future.

“Growing up, my parents were always big on education and pushing me to keep an interest in other things,” Stahl detailed. “Thankfully I had a backup plan in place already where I wasn’t hell-bent on hockey working out.”

After earning his bachelor of business administration from Athabasca University, then working for four years as a heavy equipment technician, Stahl got his foot into a bustling industry where today he serves as a Senior Technical Recruiter with Finning International, an Edmonton-based global leader in the mining, construction, and petroleum sectors.

“My background is a farm family so that is where my mechanical side came from,” Stahl added. “What I do is oversee our trades hiring in Western Canada. With my background in trades and business, it is the perfect fit and I really enjoy getting to use both the business and technical side together in one job. Life has progressed quickly since hockey ended, and this was the perfect launching pad to set me up for the rest of life.”

Stahl remains forever thankful for his years in the WHL and how that time in his life continues to benefit him today.

“With the WHL, I got five years of schooling,” Stahl concluded. “Then coming out of school, getting a job, and being able to have that money work for me elsewhere in my life to build a life rather than paying down student debt like a lot of the other people I went to school with was huge.”