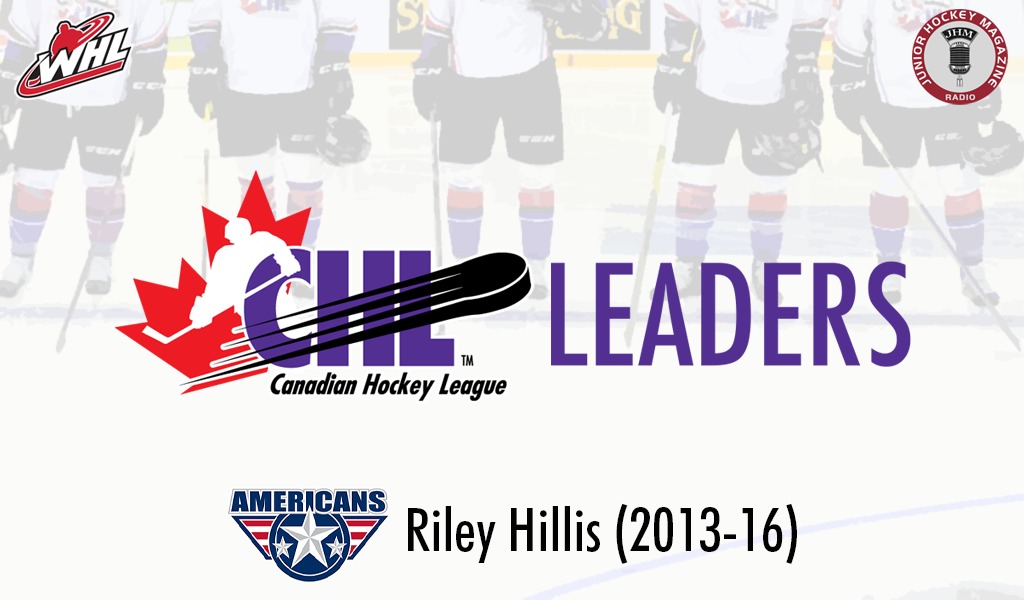 Despite an unfortunate shoulder injury that limited his playing career, Riley Hillis spent an unforgettable two seasons with the Tri-City Americans.

Skating in the Western Hockey League from 2013-16, the Arvada, Colo., native has fond memories of his days in the junior hockey ranks, from spending time with teammates who he still keeps tab on today to the many life lessons he learned along the way.

“The things that stand out most are the experiences I had with my teammates, the bus rides, the grueling workouts, and then the time away from the rink hanging out at billet family houses,” Hillis told Junior Hockey Magazine as part of its CHL Leaders segment. “Some of the bigger highlights for me were also just watching some of the teammates I had who are now incredible NHL players.

“Brandon Carlo, one of my good buddies, just some of the plays he’d make back in the day and watching him grow … We started to play together at 11 years old as Colorado Thunderbirds to now watching the plays he makes day in and day out (with the Boston Bruins).”

Taking the positives from spending time on the sidelines, Hillis used the opportunity to gain an education, returning to his home state and the University of Colorado Boulder where he earned a bachelor of science degree in operations management that today provides the foundation for his role as a corporate real estate advisor with Seattle-based Hughes Marino.

“It’s awesome. It’s competitive and I find a lot of similarities between the real world and hockey and the competitive aspects to it,” Hillis said of his current position. “I am really enjoying it here and really enjoying being back in Washington and looking forward to getting to some WHL games with the Thunderbirds and Americans.”

In all, it’s an opportunity that became possible thanks to Hillis’ ability to access the invaluable CHL scholarship program.

“Being from Colorado, I had always wanted to attend the University of Colorado Boulder and I got that opportunity through the scholarship fund which was amazing,” Hillis concluded. “They really took care of me and paid for all my schooling. I couldn’t be more grateful for it. You wouldn’t find a bigger fan of it.”