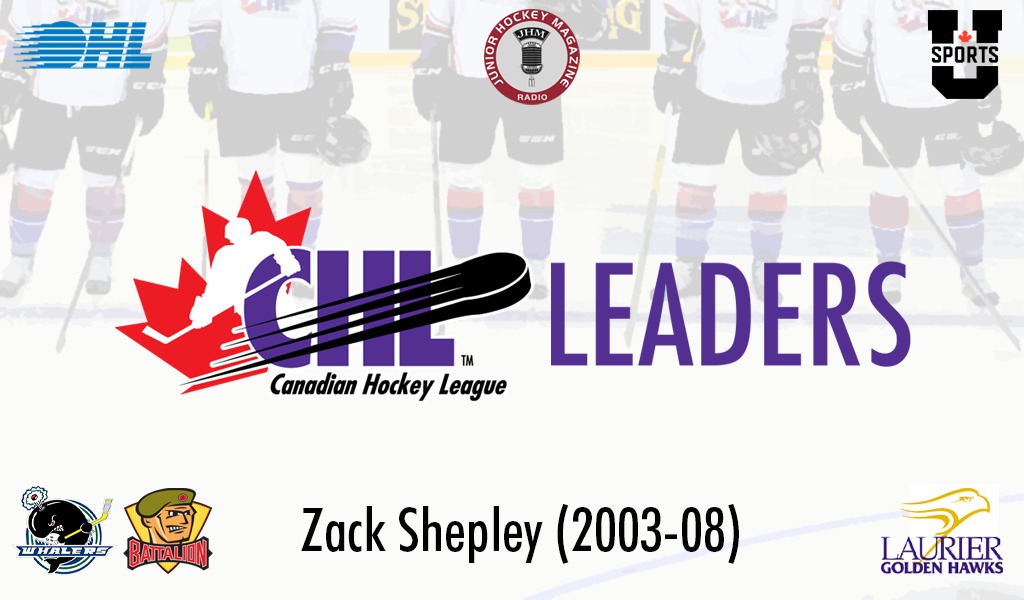 There are no shortage of parallels between Zack Shepley’s current career and his former days in the Ontario Hockey League.

Currently serving as a firefighter in the Windsor, Ont., area, Shepley vastly enjoys his new work environment, one that comes with a recollection of his time around his teammates and the friendships that came with it during his five seasons with the Plymouth Whalers and Brampton Battalion from 2003-08.

“When I played in Plymouth, everyone except for one player was living away from home so you become such a close-knit group of guys,” Shepley told Junior Hockey Magazine as part of its CHL Leaders segment. “It kind of transfers over to your play on the ice. That is something you don’t really experience the rest of your life when you have a family and are working every day.

“You get to go to a new city and get to play with a bunch of guys at a young age. You’re learning all of these new life lessons. I think looking back now the thing I miss most about playing with all those guys is the camaraderie that goes along with it. While you’re playing you don’t really understand it. It doesn’t hit you until years later. I was in high school when I started playing and you’re learning time management and how to organize your priorities.”

Following his time in the junior circuit, Shepley elected to continue his education, earning a bachelor of arts degree in environmental studies from Wilfrid Laurier University, where his time away from the lecture halls was spent suiting up for the varsity Golden Hawks.

“I kind of realized that an education is a good thing to have moving on the rest of your life to be successful,” Shepley added. “The OHL and the CHL have a great program in their education package to lead you in that direction. I played university hockey and told myself that if I still wanted to chase the dream of being a pro I could do that after I got my education.”

While Shepley didn’t get to realize his dream of skating in the pros, he is living a new dream, one he admits seems almost beyond reality.

“Being a firefighter correlates so much with being a hockey player and being around the guys,” Shepley concluded. “I love it. I look forward to going into work every day. It’s something that I could only dream of and I am so happy that it is what I get to call my career.”