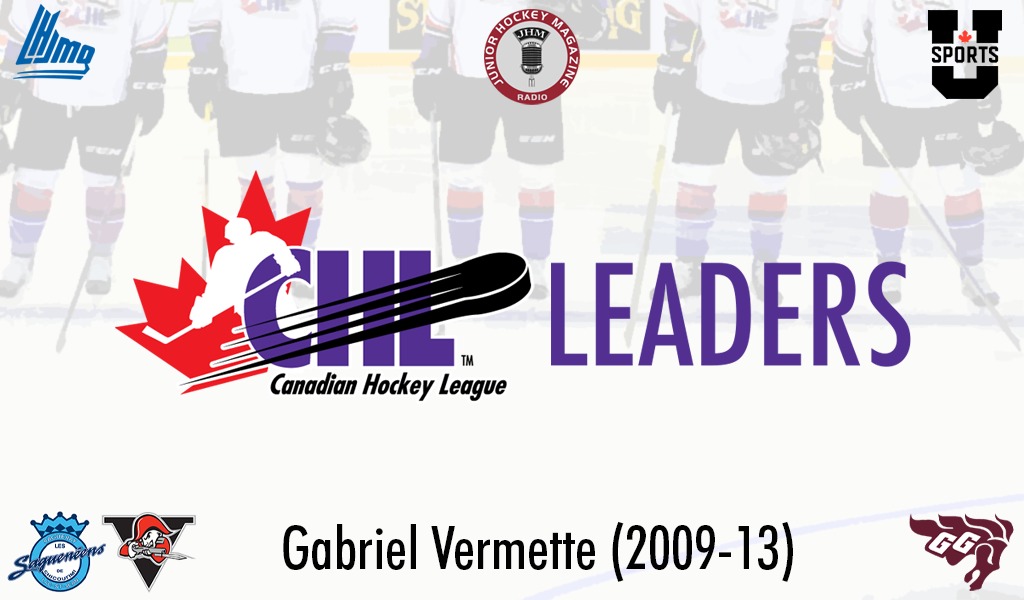 Gabriel Vermette spent four years in the QMJHL lacing up the skates while also learning many life skills he continues to use today.

“Balancing school, life, playing hockey at the same time, it’s a lot, and it teaches you a lot in life,” recollected Vermette in speaking with Junior Hockey Magazine as part of its CHL Leaders segment. “The big thing is to manage the stress with all of the things that you have (to do). You just have to go with one thing at a time.”

Following four full seasons in the QMJHL from 2009-13 that spanned 246 career contests with the Chicoutimi Sagueneens and Drummondville Voltigeurs – highlighted by a playoff elimination of the Memorial Cup host Shawinigan Cataractes in 2012 – Vermette elected to pursue an education, majoring in psychology at the University of Ottawa where he also suited up for another two seasons with the varsity Gee-Gees.

In all, it was an opportunity that became a reality given Vermette’s ability to access the CHL’s invaluable post-secondary scholarship program.

“At the end of my junior I shifted my plan and began thinking about what I would do in real life if it’s not hockey, so (the scholarship) is vital,” Vermette said. “It took away a lot of stress of having to pay a lot.”

Today, Vermette puts his skills to use in enjoying a new career as a real estate broker with RE/MAX Vision Gatineau in his home province of Quebec.

“It has been one year,” Vermette concluded. “I am really happy with what I am doing. I think I have had quite a lot of success so I am really proud.”