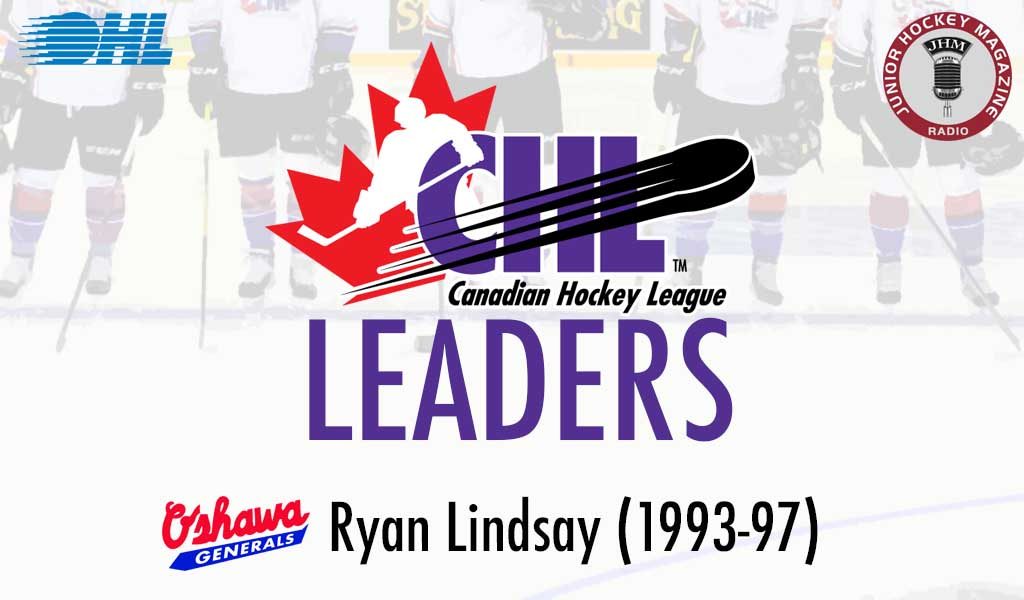 Ryan Lindsay spent four seasons with the Ontario Hockey League’s Oshawa Generals, culminating in a trip to the 1997 Memorial Cup.

Now more than two decades later, Lindsay has shifted to the business world as a managing partner with All-Risks Insurance Brokers, an opportunity that became possible thanks in part to his time at the University of New Brunswick, where he received a Bachelor of Arts degree while still lacing up for the Atlantic University Sport hockey team.

That emphasis on education was learned early and stressed often during Lindsay’s time in the junior circuit.

“Oshawa was a very unique spot in the sense that the owners at the time – Mr. and Mrs. Humphreys – demanded that everyone went to school, practice, and then games,” Lindsay told Junior Hockey Magazine as part of its CHL Leaders segment. “It was one of those things where if you missed school, you didn’t play. They demanded that we put our best foot forward.

“They would always tell us, ‘We’re not building hockey players, we’re building human beings. We want you to be good people because your hockey career will be over some day and our goal is to make you good people.’ It was instilled every day that we were there to become better people.”

Like many before him, Lindsay utilized the CHL’s valuable scholarship program to help launch his life after hockey. The Simcoe, Ont., native recalls how Mike Kelly, the then head coach at UNB, also played a key part in paving his educational path.

“The opportunity to go to university became very appealing. Mike said you can come to school, get your degree, and still go on to play pro if you choose,” Lindsay said. “I was injured for a couple games in my overage year and Mike came to talk to me. Wayne Daniels, the general manager in Oshawa, gave us his office to have a conversation. From Wayne’s perspective, he was looking at my future and knew I would probably benefit from going to school. Mike and I had a good talk and it was life-changing for sure.”

So too were the countless lessons and life skills Lindsay learned during his days in junior hockey.

“At the end of the day, what it gives you is that security of trying to develop, trying to make the NHL, but if you don’t make it, you haven’t given up your life,” Lindsay said. “You can continue on and hopefully you learned some good life lessons through your playing days, but then you’re going to go to school and have an absolutely tremendous time, and then you’ll be ready to go into the working world. It’s a great thing for people to be a part of.”