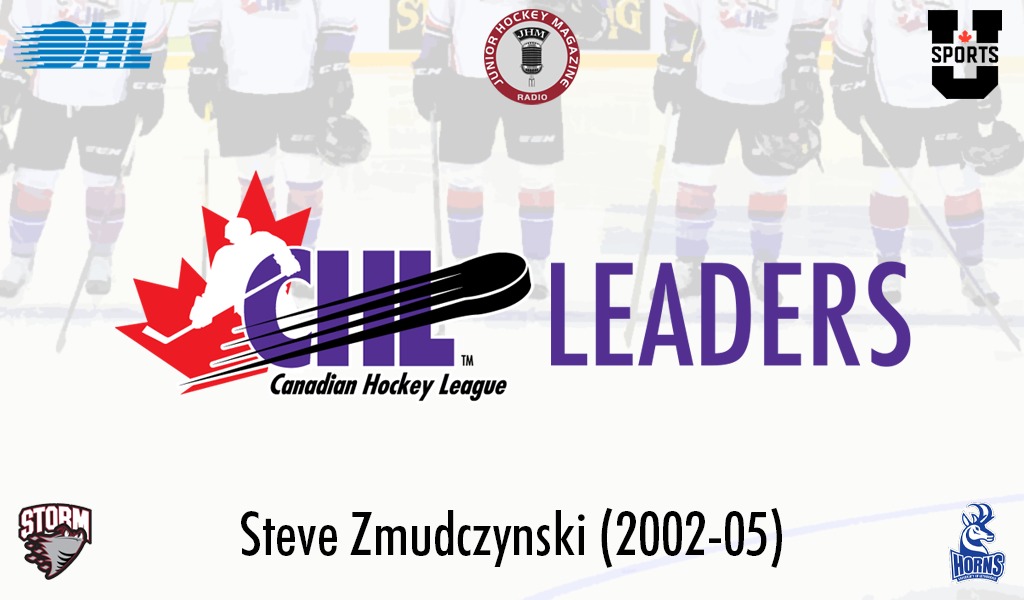 Strong people skills are needed to excel in a sales career, an admirable quality Steve Zmudczynski developed over his three seasons with the Guelph Storm from 2002-05.

Currently the national vice-president of sales for Molson Coors, the Thorold, Ont., native recently reflected on his junior hockey career and how those formative years helped pave the way for his success professionally.

“For me the thing that I remember is the people,” Zmudczynski, who hoisted the J. Ross Robertson Cup with the Storm in 2004, told Junior Hockey Magazine as part of its CHL Leaders segment. “We had a close-knit group and people say that when you win championships you walk together for life. That group of individuals, we stay close to this day, keeping in touch with what is going on with their kids and real life now.”

But following three seasons in the junior circuit that spanned 110 career contests, the former forward elected to earn an education, pursuing a business degree from the University of Lethbridge where he also suited up for another three seasons with the varsity Pronghorns.

“To me, it was looking in the mirror and seeing what my opportunities were moving forward,” Zmudczynski detailed. “I knew that the NHL wasn’t necessarily on the horizon for me. I always had a passion from a school standpoint and what the OHL offered was a huge opportunity to continue my hockey career and continue that passion I still had.”

Today, part of Zmudczynski’s role with Molson Coors keeps him in tune with his roots in working alongside leading corporate sponsors like major league sports organizations, including the NHL.

“I travel quite a bit across the country and across the world dealing with some of our largest partnerships and all those team sponsorships. The passion about people and about being part of something larger is something that I thoroughly enjoy,” Zmudczynski added. “For me, the combination of the business world and the sports world and mixing those together has been the perfect launching pad for my career.”

In all, it is an opportunity that became possible given Zmudczynski’s time skating in the Canadian Hockey League that earned him access to the league’s invaluable post-secondary scholarship program.

“From a utilization standpoint it was the reason why I made the choice to go to the OHL in the first place,” Zmudczynski concluded. “When you are 20 years old and coming out of school and you have funds that are available to you, it is not until years later when you realize those challenges faced by other athletes and other students when you think of things like student debt. It provided me a launching pad.”