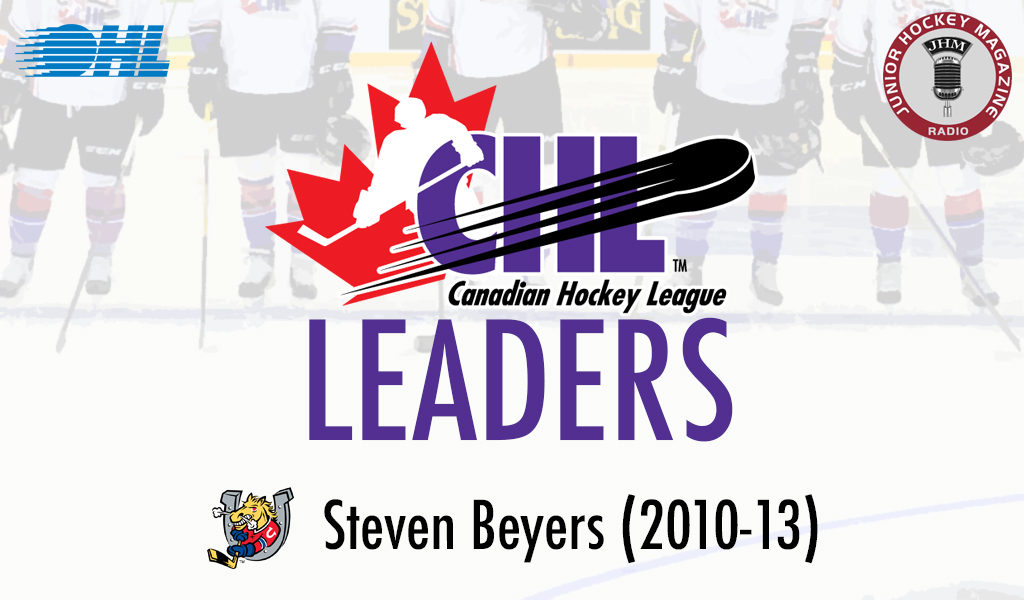 From a 68-game schedule, to regular practice, and completing school work, the ability to keep up with the many demands of a junior hockey player is a life lesson that served Beyers’ well in his later school years, who after three seasons in junior rinks attended Saint Mary’s University.

At Saint Mary’s, the former junior forward played for another three seasons with the varsity Huskies of Atlantic University Sport. And in the classroom, he earned a bachelor of commerce degree in accounting, economics, and finance.

“It’s tough to balance both an education and a CHL career,” Beyers told Junior Hockey Magazine as part of its CHL Leaders segment, “But it sets you up to really understand how to time manage yourself and really prioritize what’s going on.”

The transition to Saint Mary’s and university hockey came easier for Beyers, who shared his time with the Huskies with a dozen other graduates from the OHL.

“Saint Mary’s was awesome. It felt like a continuation of my CHL career, where you have the guys who all played in the same league and you’re all friends with each other,” Beyers said. “(AUS) is a very competitive league and very good hockey.”

But soon realizing that his hockey days were coming to a close, and that he would not be following in the footsteps of former junior teammates like Mark Scheifele and Aaron Ekblad, Beyers decided to double down on his education. Today, he’s pursuing his master’s degree in financial economics at Western University, with plans at the ready for his entry into the workplace upon graduation.

“I have three months left until I graduate,” Beyers explained. “It included an internship last year with Desjardins Capital Markets. Upon graduation, I’ll be getting back there to work.”