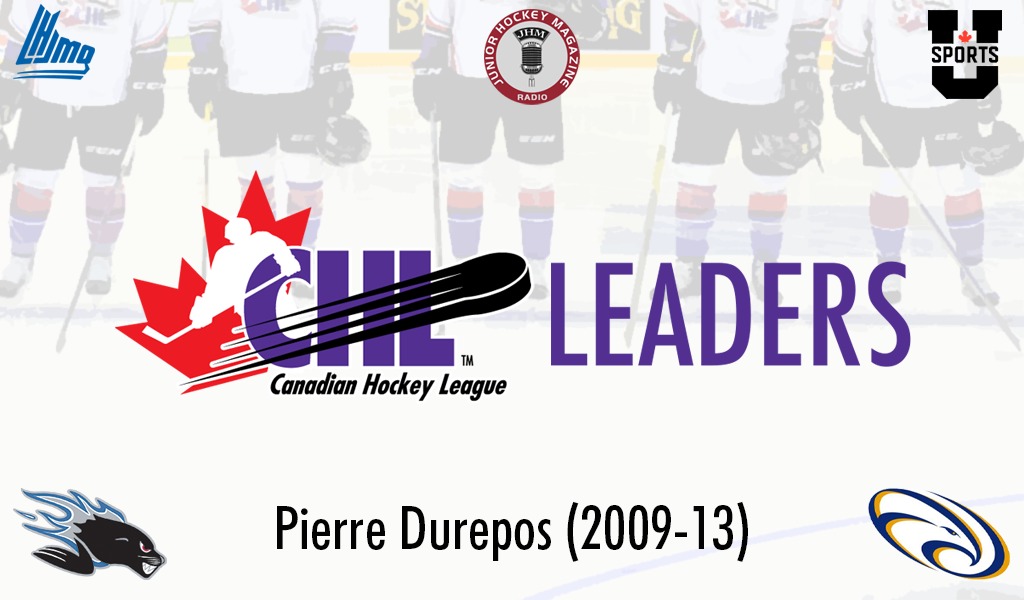 Pierre Durepos played on one of the Canadian Hockey League’s most impressive winners.

Over a four-year junior career, Durepos captured back-to-back President’s Cup championships with the Saint John Sea Dogs in 2011 and 2012, with the former year doubling up with CHL supremacy as backed by current Florida Panthers superstar and that spring’s Stafford Smythe Trophy winner in Jonathan Huberdeau, the Sea Dogs hoisted the Memorial Cup in just their sixth-ever season.

“I was very fortunate to play on some very good teams. We ended up finishing first place in the regular season in my first year,” Durepos told Junior Hockey Magazine as part of its CHL Leaders segment. “Unfortunately we ended up losing in the QMJHL Final but I think that definitely gave us some extra motivation the following year to go to Mississauga and win the Memorial Cup, which was definitely the biggest highlight of my hockey career.

“My first year in the QMJHL, it was a big eye-opener for me. When you’re playing bantam or midget hockey, you practice maybe twice a week, play games on the weekend, and go to school like anybody else and it’s just normal life. But once you get to play in the CHL, you practice every day, you have long road trips, a lot of games, and you have to mix in school as well, so it taught me a lot of valuable life lessons on how to balance hockey and school, and now life and work.”

“In my overage season, I got hurt early and I missed a good chunk of the season so I knew professional opportunities were not going to be too plenty,” Durepos added. “Once the schools started calling, it was definitely something that interested me. It was around that time that I figured playing hockey for a career was not going to be for me and that I needed to focus on my education and try to find a different career.”

Success in the classroom then led to success in the workplace, helping Durepos secure a role as a resource analyst with Public Services and Procurement Canada.

“It’s certainly a change of pace from the everyday hockey life,” Durepos concluded. “At the time when you’re playing, you don’t necessarily focus on (post-secondary) too much as you are focused on hockey and your dream of playing in the NHL, but your parents certainly remind you here and there that you have a great opportunity to go to school if it does not work out. I am really grateful to have had that opportunity to take advantage of that fantastic (scholarship) program.”