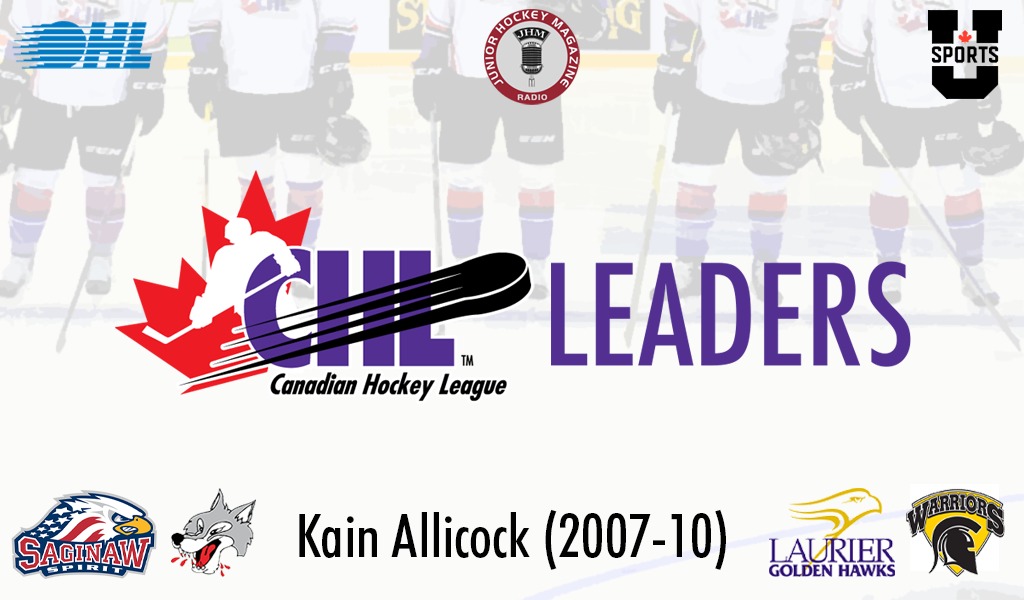 Kain Allicock counts himself among the thousands of CHL graduates who have benefited from the league’s invaluable scholarship program.

Currently a senior analyst with industry leader Enbridge, Allicock recently reflected on his junior days that spanned 151 career contests over three seasons with the Saginaw Spirit and Sudbury Wolves, key formative years that ingrained in him many of the critical life skills he continues to benefit from today.

“I think playing in any competitive sport and going to school at the same time is no easy task,” Allicock told Junior Hockey Magazine as part of its CHL Leaders segment. “Playing in the CHL teaches you discipline, organization, how to plan ahead, prioritize tasks, utilize the resources available, and also humility in asking for help when you need it. There are a lot of resources available.”

Knowing an educational background would be beneficial to his future, Allicock attended Laurentian University part time while suiting up for the Wolves before later transferring to the University of Waterloo following his playing days where he skated with the varsity Warriors while also earning a bachelor’s degree in recreation and sports business.

“Without that support, it might not have been as possible,” Allicock said of the CHL’s scholarship program that allowed him to pursue an education. “Once you get there, you take a look around and realize a lot of people are working a lot of hours to make it happen, so definitely the help from the CHL was huge. It lets you really focus on school while you are there and hockey if you are playing as well.”

Today, when away from the office, Allicock has also found a way to keep close to the game.

“I am working the 9-to-5 life but I am also coaching minor hockey in the GTHL with another CHL alumni in Anthony Stewart,” Allicock concluded. “It has been fantastic just being involved in the game still and helping kids achieve their own hockey goals. It is really fun and it keeps you young.”