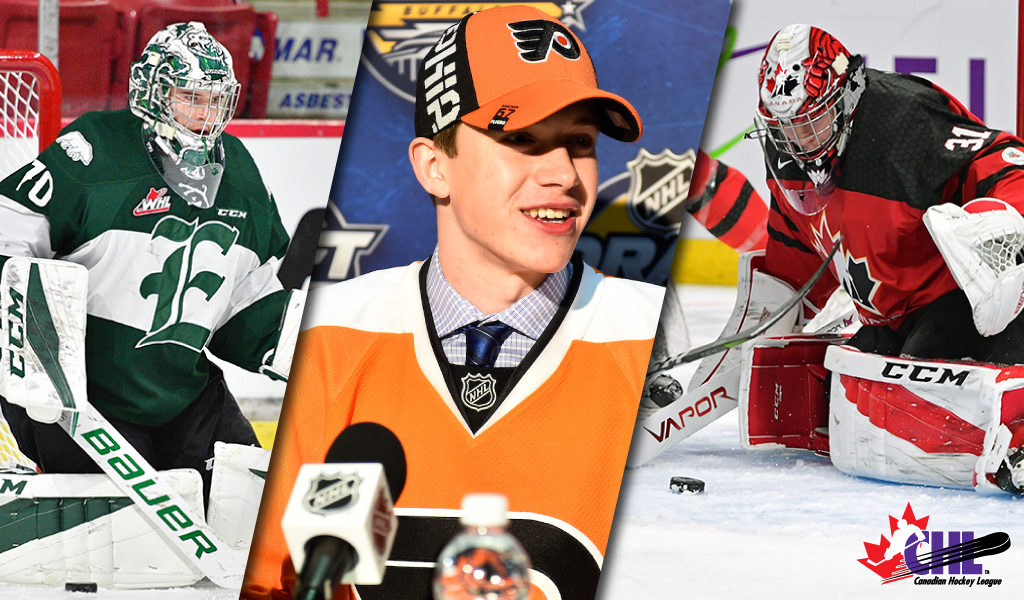 There’s been no slowing down for Carter Hart.

The Philadelphia Flyers netminder and Everett Silvertips graduate hasn’t missed a beat in his first pro season. The former two-time CHL Goaltender of the Year – and lone repeat winner of the award – has made an immediate impact since turning pro, where after just 18 games with the American Hockey League’s Lehigh Valley Phantoms he got the call to the NHL crease.

Ever since, he’s posted a 10-5-1 record, coupled with a remarkable .925 save percentage and 2.48 goals-against average to lead both categories among all freshmen netminders who have made at least 16 appearances this season.

The 20-year-old has also given hope to a slow-starting Flyers squad that now finds itself just seven points out of the playoff picture, and to a franchise that is seeing the early signs of a budding top-shelf netminder for the first time in a generation.

“You find it hard to believe that someone his age can come in and do what he’s doing,” Flyers interim head coach Scott Gordon told Aaron Bracy of the Associated Press following Monday’s 2-1 win over the Vancouver Canucks in which Hart made 41 saves.

To say it’s been a hectic year-and-a-half for Hart would be an understatement. After capturing gold with Team Canada at the 2018 IIHF World Junior Hockey Championship, the Alberta native then wrapped his fourth season with the Silvertips with an incredible .947 save rate en route to his third consecutive Del Wilson Memorial Trophy as the WHL’s Goaltender of the Year in addition to WHL Player of the Year honours and a trip to the league championship.

While most young netminders see extensive seasoning in the minors before making the full-time jump to the NHL – the Montreal Canadiens’ Carey Price was the last to make the leap to the big leagues after four seasons with the WHL’s Tri-City Americans – it shouldn’t be too surprising that Hart has followed in the footsteps of the 2015 Vezina Trophy winner given his array of accomplishments in the junior circuit.

Hart’s award mantel got another addition Monday when he was recognized as the NHL’s Second Star of the Week after posting three straight wins with a 2.27 goals-against average and .931 save percentage, coming just days after he was named January’s Rookie of the Month.

Of course, Hart isn’t the only CHL graduate to make noise in the NHL this season. There’s also Tampa Bay Lightning superstar Nikita Kucherov, who suited up for the Quebec Remparts and the Rouyn-Noranda Huskies during the 2012-13 campaign, who leads the NHL with 81 points, closely followed by the Chicago Blackhawks’ Patrick Kane (London Knights) and Edmonton Oilers’ Connor McDavid (Erie Otters), both at 78 points.

On the blue line, eight of the top 10 producers once suited up in the WHL, OHL, or QMJHL, led by San Jose Sharks defenseman and Brampton Battalion graduate Brent Burns, who’s tallied an astounding 58 points in 54 games this year.