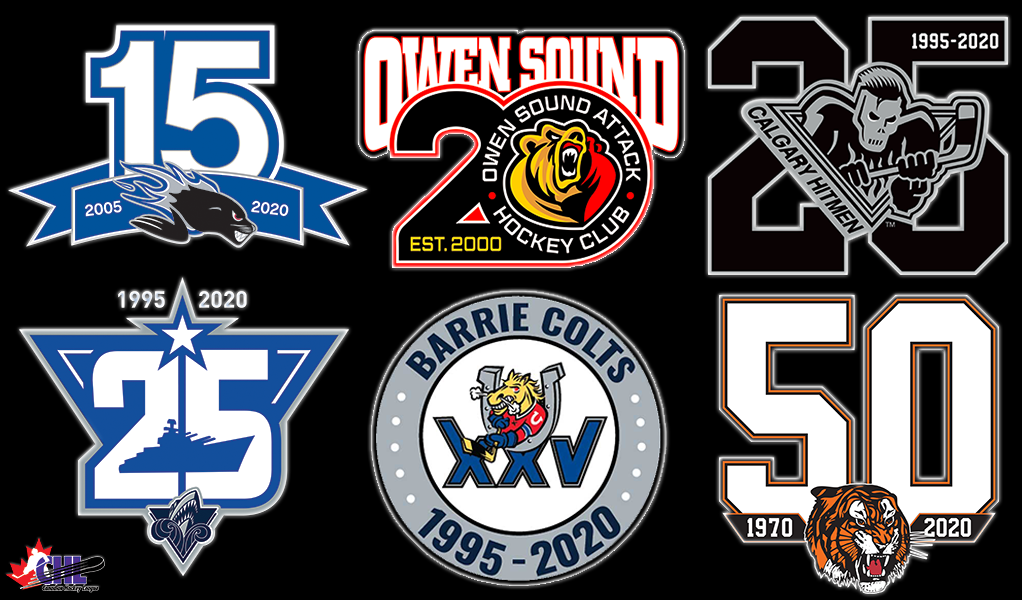 There is much to celebrate across the Canadian Hockey League this season with several clubs highlighting milestone years.

It begins in the WHL where the historic Medicine Hat Tigers are marking a half-century since the franchise was established in 1970. Over the years, the Tigers have captured five Ed Chynoweth Cups as league champions, plus back-to-back Memorial Cup wins in 1987 and 1988, a group that was headlined by Medicine Hat native and future Vancouver Canucks captain Trevor Linden. Adding to the celebration this year is the return of former general manager and head coach Willie Desjardins, who previously guided the club from 2002-10, a stretch in which he oversaw two league titles.

We kicked off our 50th anniversary season by defeating our Central Division rivals, the Lethbridge Hurricanes 4-3 in a shootout.

Sticking in Alberta, the Calgary Hitmen will honour their 25th season in 2019-20. Founded in 1994, it was just five years later when the Hitmen claimed WHL supremacy after topping the Kamloops Blazers in a five-game final. Led by talented forward Pavel Brendl, who won the regular-season scoring title with 134 points, his domination continued into the playoffs where he notched another 21 goals and 25 assists in only 20 games, leading to his eventual fourth-overall selection by the New York Rangers only months later. Calgary added its second title in 2010 with a group that included current Calgary Flames defenceman Michael Stone.

The moment you've been waiting for….

Our 25th anniversary jersey 🔥🔥🔥 #25Together pic.twitter.com/AwXYlecD3b

Other milestones of note in the WHL include the Spokane Chiefs marking 35 seasons, as well as 30 years of the Rockets franchise, which began in Tacoma, Wash., before shifting to Kelowna in 1995. The anniversary won’t be the only celebration in the Okanagan this season as Kelowna readies to host the 2020 Memorial Cup Presented by Kia.

3️⃣5️⃣| In honor of the Chiefs’ 35th season in Spokane, we’ll be donning these special “35 Seasons” patches on our jerseys this season. #GoChiefsGo

400 patches will also be available for fans to purchase in the Chiefs Team Store. pic.twitter.com/mNiipzXNsy

In the OHL, the Barrie Colts are honouring their 25th season, a legacy that continues with the appointment of longtime junior hockey executive Warren Rychel as interim head coach. The Colts’ history is highlighted by the 2000 OHL playoffs when the club downed the Plymouth Whalers in a thrilling seven games to capture the J. Ross Robertson Cup. Over the years, Barrie has also produced a bevy of exciting NHL draft selections, including blue-liner Aaron Ekblad, who after being granted exceptional player status in 2011 was selected first overall by the Florida Panthers three years later.

In Owen Sound, it has been 20 years since the Attack rebranded from their former Platers moniker. The two decades that followed included Owen Sound reaching the pinnacle in 2011 in eliminating the Mississauga Steelheads in a hard-battled seven games to capture the league title. That winning squad was headlined by goaltender Jordan Binnington of the 2019 Stanley Cup champion St. Louis Blues. Among the club’s other notable graduates includes Ottawa Senators forward Bobby Ryan, who was originally drafted second overall in 2005.

We're happy to announce that our Banner Raising Night on Tuesday, December 10th vs the Guelph Storm will be honouring former Platers Great Scott Walker.

Other anniversaries across the OHL include the London Knights, who will mark their 55th season with a throwback uniform as well as the jersey retirement of alumnus Patrick Kane’s No. 88 set for January 17 versus the Sudbury Wolves. Elsewhere, the Flint Firebirds and Hamilton Bulldogs are both marking their fifth year in their new homes after uprooting from Plymouth and Belleville, respectively.

Fun fact: Kaner earned the recognition after just ONE incredible season with the OHL club.https://t.co/exy5O1MV5p

The 2019-20 QMJHL campaign is marked by a pair of celebrations, beginning with the 25th season of the Rimouski Oceanic. The franchise known as the junior club of Pittsburgh Penguins superstar Sidney Crosby will mark the special season in raising Crosby’s iconic No. 87 to the rafters on Friday against the Sherbrooke Phoenix. Over the years, Rimouski fans have had plenty to applaud, including three President’s Cup titles as QMJHL playoff champions as well as the 2000 Memorial Cup winning squad led by star forward Brad Richards, who four years later took home MVP honours in guiding the Tampa Bay Lightning to the Stanley Cup. Other standouts from the Oceanic include Vincent Lecavalier, who was chosen first overall by the Lightning in 1998, and rising star Alexis Lafreniere, the early favourite to be selected with the first pick in the 2020 NHL Draft.

Rounding out the QMJHL, this season will see the Saint John Sea Dogs mark 15 years since their inauguration. In the intertwining years, there has been lots to celebrate, include three QMJHL titles, with the first in 2011 followed up by the club hoisting the Memorial Cup after downing the Mississauga St. Michael’s Majors in the Championship Final. That group was led by star forward Jonathan Huberdeau, who only months later heard his name called third overall by the Panthers. The next wave of talent is now on the way in Saint John in budding star Joshua Roy, the top selection in the 2019 QMJHL Entry Draft who made his debut with the Sea Dogs this fall. 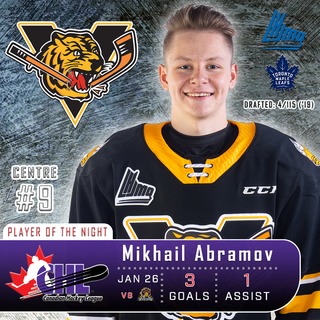