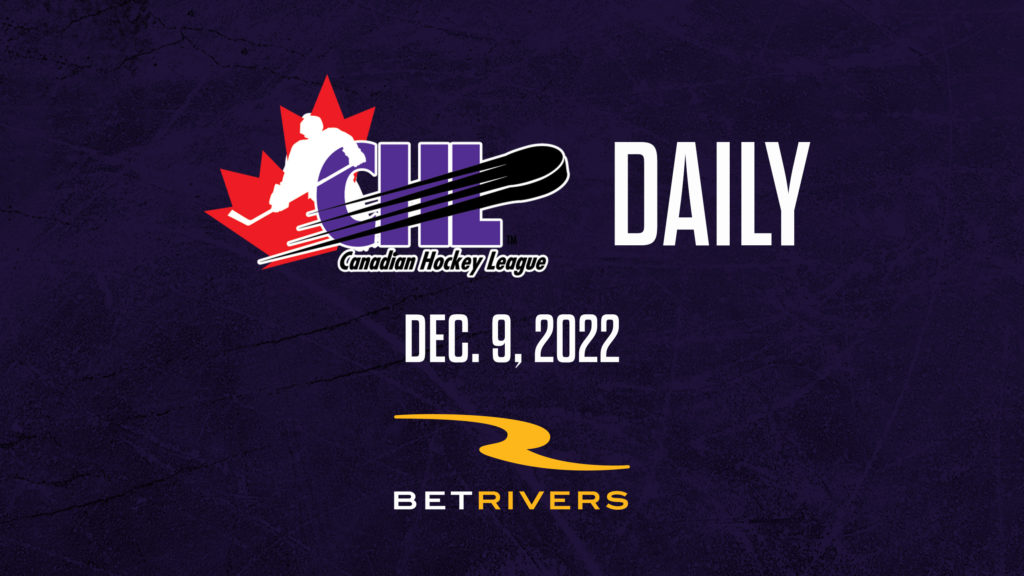 Daniil Bourash claimed the first star Thursday as his second hat-trick of the season led Rouyn-Noranda to a 6-5 overtime win over Drummondville. Bourash’s 22 goals this year are tied for the second most in the QMJHL.

Jacob Frasca’s four points (1G, 3A) led Barrie to a 5-2 win over Saginaw and to the evening’s second star. It was the first time in his OHL career that Frasca had tallied four points in a game. His 24 points this year are already a career high.

Zachary L’Heureux’s hot start to his season continued with a pair of goals in Halifax’s 5-4 shootout win over Blainsville-Boisbriand as he claimed the third star. Since he made his season debut Nov. 25, L’Heureux has seven goals and nine points in just six games. 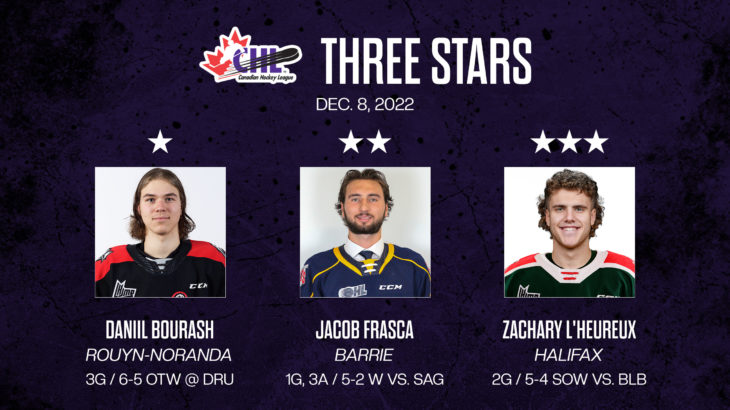 Zach L'Heureux is pretty good at this hockey thing.