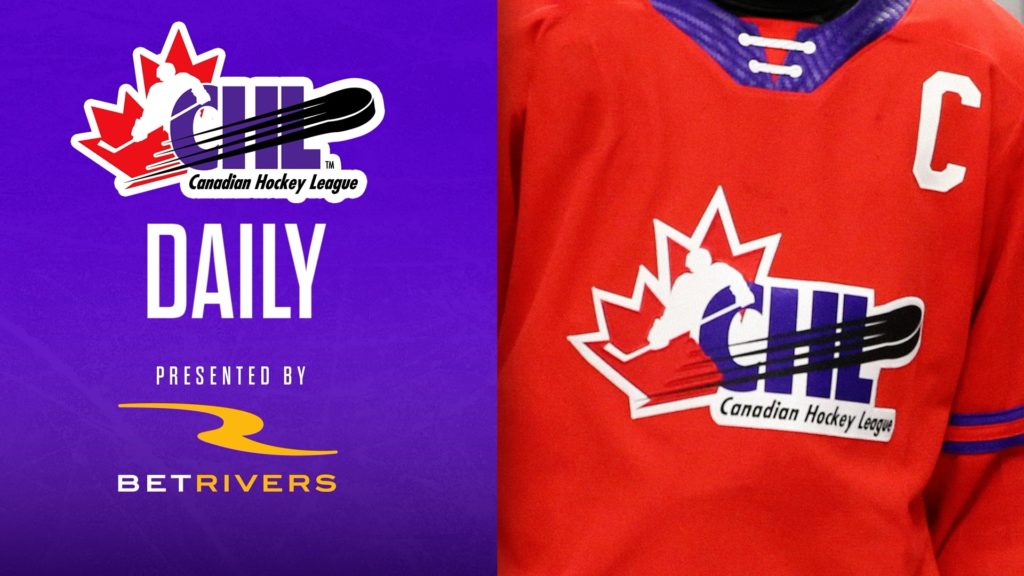 Quentin Musty was sensational Sunday as he earned the first star after a seven-point performance in Sudbury’s 13-2 win over Niagara. The 2023 NHL Draft prospect had one goal and six assists to tie a Wolves franchise record for points. Musty has 34 points (nine goals) in 22 fames this year.

Teammate David Goyette (SEA) also starred as he had a career high five points to be named second star. Goyette scored twice and had three assists to take his season total to 34 points while he also scored his 50th career OHL goal in the process.

Connor Bedard’s point streak hit 27 games as he had five points (1G, 4A) in Regina’s 8-2 win over Edmonton to claim the third star. Bedard’s 64 points lead the CHL, all of which have been achieved during his point streak. 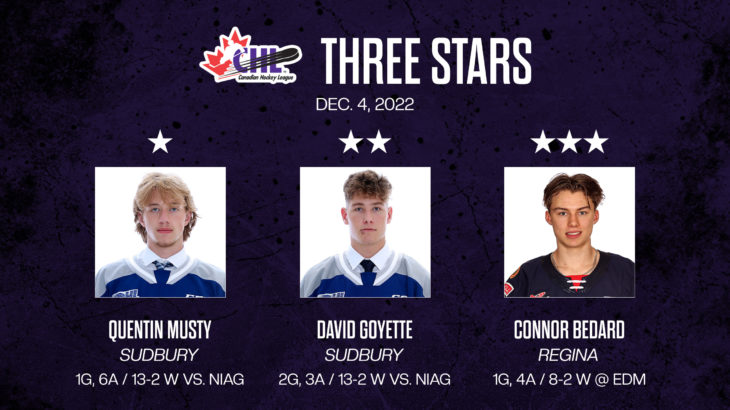 David Goyette is dangerous when you give him that much time and space.

Dave gets his 16th of the season and it's 3-0 Wolves! 🐺 pic.twitter.com/pUrwFIrSpm

Easton Armstrong was all smiles tonight, after recording his first career hat-trick in @TheWHL 🎩🎩🎩