CHL Daily: Hardie has hat-trick while Victoria takes down Kamloops 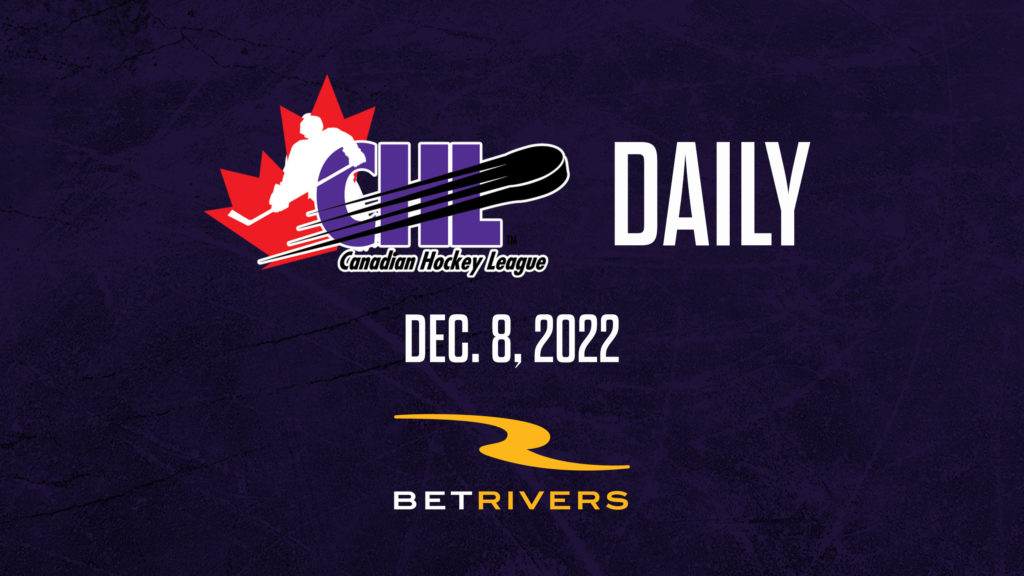 Mississauga’s James Hardie’s second hat-trick of the season earned him Wednesday’s first star. Hardie completed the hat-trick in overtime as he buried the overtime winner for the Steelheads as they took down Hamilton 5-4. Hardie’s 31 points are tied for the second most on the team.

Jake Poole claimed the second star after he had two goals and an assist in Victoria’s 5-2 win over Kamloops. In 24 games since he was traded from Kelowna, Poole has played a point-per-game pace with 14 goals and 10 assists.

Red Deer’s Kai Uchacz scored twice in Red Deer’s 5-2 victory over Medicine Hat to be named third star. Uchacz’s 20 goals and 35 points leads the Rebels whose .750 win percentage is the fifth best in the WHL. 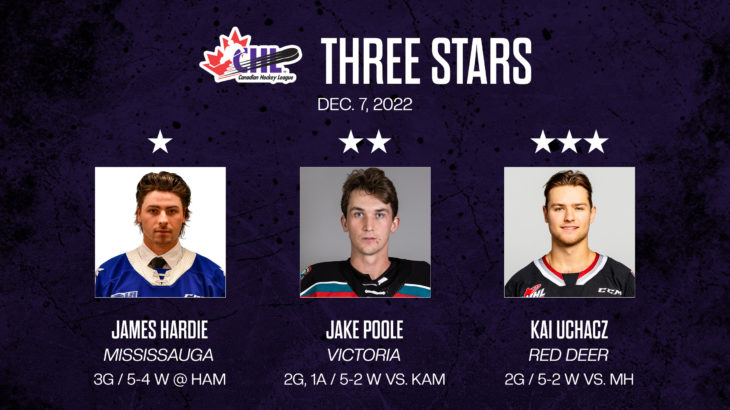 A fitting celly from James Hardie with the #FIFAWorldCup ongoing as he completes his hat-trick in OT! 🎩🎩🎩 pic.twitter.com/KtaIVCDPM0

No angle is safe from @EdmontonOilers pick, Jake Chiasson.@bdnwheatkings pic.twitter.com/suNf45jSZ0