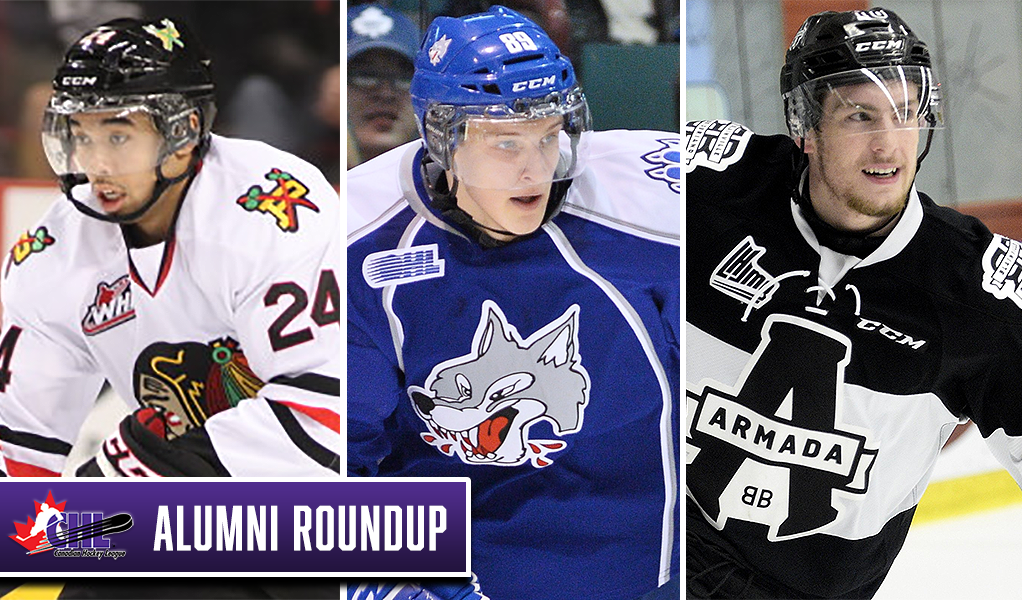 A total of 368 Canadian Hockey League alumni converged in Edmonton and Toronto as NHL action returned with 24 teams competing in Stanley Cup Qualifiers.

The highly anticipated return of hockey featured 44 games played over the first nine days of August with lots of action including 235 goals scored and 16 teams solidifying their position for Playoffs.

Before the puck dropped the NHL introduced its #WeSkateFor initiative to honour community heroes, front-line and healthcare workers, and racial justice activists. One of the most memorable moments included Matt Dumba (Portland Winterhawks) who led one of the pre-game ceremonies with a powerful speech about the importance of #BlackLivesMatter ahead of the anthems.

On the ice, 95 different CHL graduates scored goals with Connor McDavid (Erie Otters) leading the way with five and a league-high nine points over four games. He was one of three players to score their first post-season hat-trick during the Qualifying Round along with Andrei Svechnikov (Barrie Colts) and Pierre-Luc Dubois (Blainville-Boisbriand Armada).

Andrei Svechnikov of the @Canes is the eighth different player in NHL history to score a hat trick in the postseason before age 21. #NHLStats #StanleyCup pic.twitter.com/rqEyQ2amUA

Pierre-Luc Dubois nets the first playoff hat trick in @BlueJacketsNHL history to complete the 3-goal comeback & give his team a 2-1 series lead.

He is the first player to cap a playoff hat trick in OT since Jake Guentzel in 2017. #NHLStats #StanleyCup https://t.co/ZOtEma3pex pic.twitter.com/tjSFg6CRMd

Of the nine players who competed in the 2019-20 CHL season to be named to Qualifying Round rosters, three hit the ice and made immediate impacts for their clubs. Liam Foudy (London Knights) scored his first career goal which held as the insurance marker in the Columbus Blue Jackets series clinching victory. Earlier this season the World Junior gold medalist made his NHL debut playing two regular season games on emergency recall and recorded one assist.

Welcome to the show! #StanleyCup Qualifiers

🚨 Last night was one to remember for 20-year-old Liam Foudy, whose clutch goal helped send the Jackets to Round 1.

Read what the #CBJ forward had to say about his "special night."https://t.co/keLzEV3P60

On the other side of the ice, Nick Robertson (Peterborough Petes) scored his 56th goal of the 2019-20 campaign but first as a member of the Toronto Maple Leafs. The CHL Sportsman of the Year is just the third member of the blue and white to score in a playoff game before his 19th birthday achieving the feat just days after becoming the sixth player at age 18 to make his NHL debut during post-season action.

Goal No. 1 in @nickrobertson01's career… in the postseason. Welcome to the show, kid! 👏👏 #StanleyCup Qualifiers

DYK? @nickrobertson01 (18 years, 326 days) is set to become the sixth player to make his NHL debut in the postseason at age 18 or younger and first since Jarome Iginla in Game 3 of the 1996 Conference Quarterfinals. #NHLStats #StanleyCup pic.twitter.com/JwfBuzp0F7

The third and final player from the 2019-20 CHL season to compete during the Qualifying Round was defenceman Thomas Harley (Mississauga Steelheads) who made his NHL debut with the Dallas Stars. The club’s first round pick in the 2019 NHL Draft played more than 10 minutes in a round-robin game against the Colorado Avalanche.

Speaking of impressive debuts, rookie Dominik Kubalik (Kitchener Rangers) set a NHL record with a five-point performance including two goals and three assists in his first career playoff game. The 24-year-old Chicago Blackhawks forward is a finalist for the Calder Trophy after scoring 30 goals and 46 points in 68 games this season.

What a postseason debut for Dominik Kubalik. 5️⃣👏 pic.twitter.com/W333WlAjyg

Kubalik isn’t the only Blackhawks rookie turning heads as Kirby Dach (Saskatoon Blades) has four assists in four games highlighted by a two-point performance that put the 19-year-old in elite company in the club’s franchise record book.

The only @NHLBlackhawks player to record two or more assists in a postseason contest before celebrating his 20th birthday: Eddie Olczyk (18 years, 248 days) in Game 2 of the DF vs MIN. #NHLStats pic.twitter.com/3pcLr4PKgp

CHL graduates were also on top of their game between-the-pipes and none better than Carter Hart (Everett Silvertips). The two-time CHL Goaltender of the Year won twice for the Philadelphia Flyers during the round-robin stage of the Qualifying Round becoming the youngest netminder in team history to earn a post-season win.

A total of 265 CHL alumni will now be competing in the first round of the Stanley Cup Playoffs.