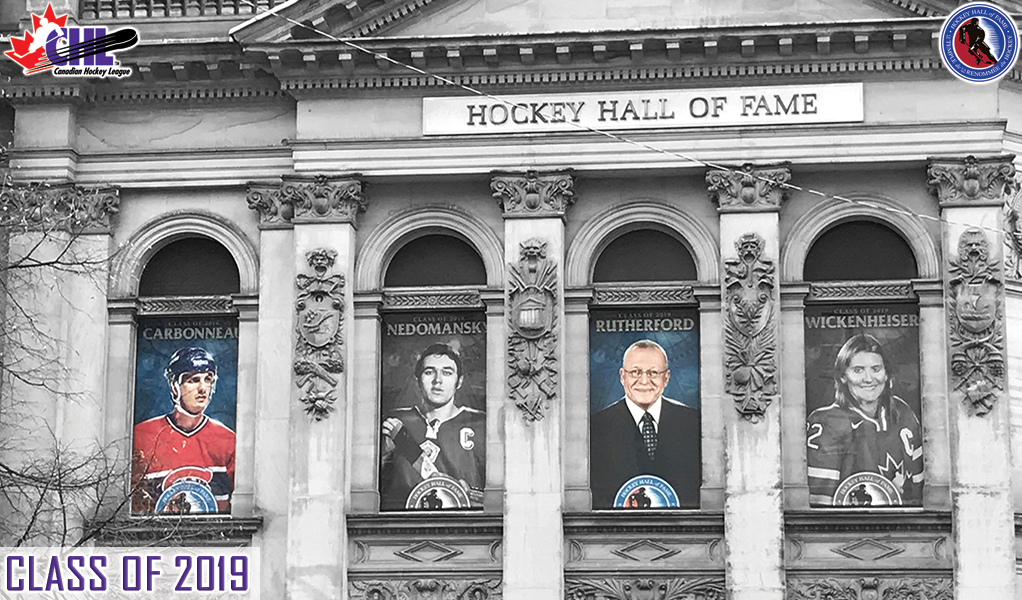 A pair of Canadian Hockey League graduates were inducted into the Hockey Hall of Fame on Monday.

Among this year’s inductees includes former Sagueneens captain Guy Carbonneau, who spent four seasons in Chicoutimi from 1976-80. During his tenure, Carbonneau amassed an astounding 435 points counting 171 goals and 264 assists over 274 career contests, including his final season when he recorded 182 points in 72 appearances to finish second in league scoring and earn a spot on the QMJHL Second All-Star Team.

During his 18-year NHL career, Carbonneau was a three-time Stanley Cup champion, doing so twice with the Montreal Canadiens and once with the Dallas Stars, while he was also a three-time recipient of the Frank J. Selke Trophy as the NHL’s top defensive forward.

“Somehow as we make our way through the hockey rinks, we learn how to react to different things – when we get drafted, when we play our first game, when we score our first goal, and, for the lucky ones, when we finally win the Cup,” Carbonneau said Monday, “But being inducted into the Hockey Hall of Fame, never in my wildest dreams.”

Carbonneau, whose iconic No. 21 has been retired by the Sagueneens, was also inducted into the QMJHL Hall of Fame in 2001.

Also honoured Monday was builders category inductee Jim Rutherford, who competed with the Ontario Hockey Association’s Hamilton Red Wings from 1967-69 followed by a brief stint with the Memorial Cup-winning Montreal Junior Canadiens in 1969.

Rutherford, who currently serves as general manager of the Pittsburgh Penguins, also got his start in hockey operations in the OHL, beginning with a four-year run with the Windsor Spitfires in 1984 before shifting to the Detroit Jr. Red Wings franchise in a four-year tenure as president and general manager. With both franchises, Rutherford also held a brief stint as head coach.

In 1994, Rutherford shifted to the NHL where he began a 20-year run with the Hartford Whalers/Carolina Hurricanes franchise as president, general manager, and minority owner that counted the club’s first Stanley Cup in 2006. Joining the Penguins as general manager the following season, Rutherford has since captured two more Stanley Cup championships, doing so in back-to-back years in 2016 and 2017, while the former year also saw him recognized as the NHL General Manager of the Year.

“I pulled on my first pair of skates when I was five years old in Beeton, Ont., about 60 miles north of here,” Rutherford said Monday, “And I never could have imagined coming here one day to be inducted into the Hockey Hall of Fame as a builder. It’s a special honour to be going in with this group.”