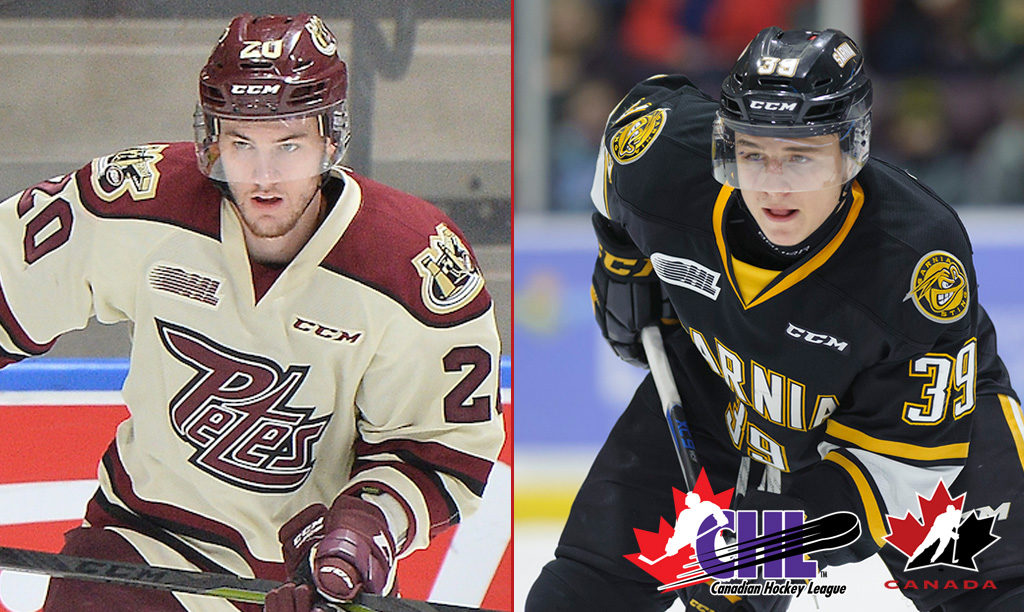 Chisholm, a 2018 fifth-round NHL draft pick of the Winnipeg Jets, recorded five goals and 43 assists in 67 games in his third season with the Petes, and added two goals and two assists in five playoff games. He won a silver medal with Team Canada Black at the 2016 World Under-17 Hockey Challenge, where he registered two assists.

Rees, a 2019 second-round NHL draft pick of the Carolina Hurricanes, recorded 10 goals and 22 assists in his second season with the Sting. He played for Team Canada Black at the 2017 World Under-17 Hockey Challenge, won a gold medal at the 2018 Hlinka Gretzky Cup, and wore the Maple Leaf at the 2019 IIHF U18 World Championship.

Canadian players will be split into two teams – Red and White – and will play four games in Plymouth, taking on the United States twice in addition to singles against Finland and Sweden.