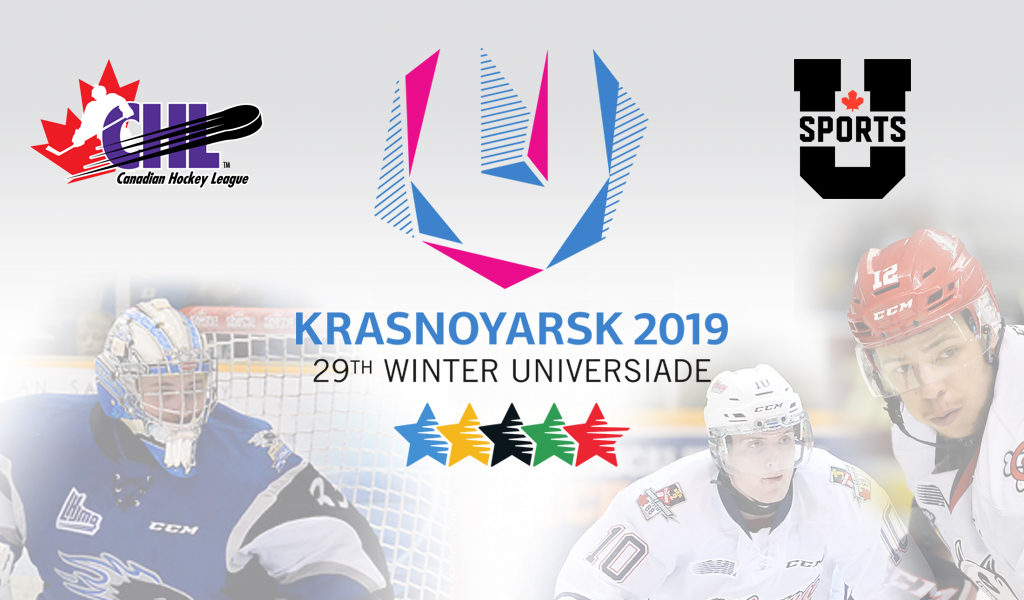 Team Canada came away with a third-place finish at the 29th FISU Winter Universiade, defeating Kazakhstan by a 3-0 score in the final round to mark its 16th time medaling in 17 tournaments.

The Canadian squad played for bronze after falling 5-1 to Russia in the semi-final. In the third-place game, goaltender Sebastien Auger (Saint John Sea Dogs) led Canada to victory after stopping 39 shots, including 13 in the opening frame, en route to a shutout.

Following a scoreless first period, Canada got on the board after Aidan Wallace (Oshawa Generals) went top shelf at the 6:50 mark of the middle frame. Canada then added another tally less than a minute later on a goal by former Gatineau Olympiques forward Daniel Del Paggio, who fired it home from the slot.

An empty netter by Stephen Harper (Niagara IceDogs) with 34 seconds remaining in the third period then sealed the victory for Canada.

“I’m just so proud,” Canada head coach and former Windsor Spitfires netminder Kevin Hamlin said in a statement following the victory. “Everybody said that we couldn’t play the ‘Canadian way’ here, didn’t see this hockey game. Because there were moments in this bronze medal game where our guys could have folded – they blocked shots, put bodies in the way – doing it the Canadian way.”