By The Numbers Breakdown of the CHL at World Juniors Camp 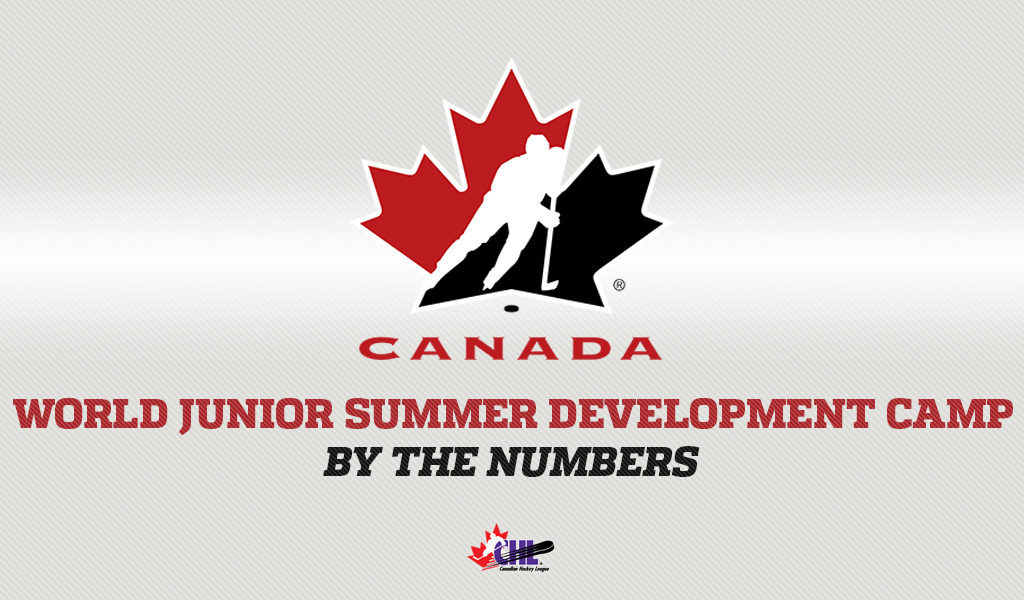 46 players have been identified by Hockey Canada as National Junior Team candidates including 41 Canadian Hockey League stars invited to participate in the Summer Showcase July 27 to August 4 in Plymouth, Michigan.

Players will be divided into Red and White teams at Development Camp with the Canadians playing four games taking on the United States twice in addition to singles against Finland and Sweden with the hopes of making good impressions for representation at the 2020 IIHF World Junior Championship in Ostrava and Trinec, Czech Republic.

Here’s a closer look at the Summer Showcase roster, by the numbers, followed by a full rundown of all invited players listed by their CHL team.

*invited to camp but unable to participate.