The Montreal Canadiens prospect and Canadian National Junior Team netminder became the first goalie to have 100 wins in fewer than 150 games recording his milestone victory in just his 145th career game.

“It’s a tremendous honour,” the 18-year-old native of Rosemere, Quebec, told The Chronicle Herald following the win.  “I want to thank the teams I’ve had in front of me, to get one win you need everyone, I’m really happy and proud we accomplished 100 wins in less than 150 games.”

The record was previously held by Jacques Cloutier who achieved 100 wins during his 150th game, 35 years ago on January 6, 1979.  Fucale becomes just the seventh QMJHL goalie to reach 100 wins in the leagues 45 seasons.

“It couldn’t happen to a better guy,” Halifax head coach Dominique Ducharme told The Chronicle Herald.  “He’s a great teammate, he’s working hard every day and he’s a great goaltender. The guys really like playing in front of him. We are all happy that he set that mark.”

The win came on the same day that fellow Team Canada member Jonathan Drouin received CHL Player of the Week honours with 10 points in his first three games back from the World Junior Championship.  He added another two assists in Tuesday’s victory and stands eighth overall in league scoring with 62 points in just 27 games.

The defending MasterCard Memorial Cup champs are on a roll winning five straight games and pulling to within one point of the Baie-Comeau Drakkar and the Blainville-Boisbriand Armada who are tied for first place.  Behind the Mooseheads are five teams all within five points including the Rimouski Oceanic, the Val-d’Or Foreurs, Drummondville Voltigeurs, Quebec Remparts, and Gatineau Olympiques, setting up for an exciting race to the playoffs.

Meanwhile in the WHL, the Kelowna Rockets remain the league’s top team and also hold top spot in the BMO CHL Top-10 Rankings for the fourth straight week.  The Rockets have an 11-point lead in the WHL’s Western Conference ahead of the second place Portland Winterhawks who have 67 points.

In the Eastern Conference, the Calgary Hitmen also have 67 points which puts them in first place ahead of division rivals the Edmonton Oil Kings who are climbing up the standings with 65 points and have nine wins in their last 10 games.

The Guelph Storm took over top spot in the OHL standings this past week following an impressive 1-0 shutout win over the second place Erie Otters.  The Storm have now won six straight games and lead the entire CHL with 220 goals scored.

The Sault Ste. Marie Greyhounds are also on a six-game winning-streak and continue to lead the OHL’s West Division with 69 points.  The Midwest Division Otters have 72 points, one shy of the Storm’s 73, with the London Knights at 63 points.  The Oshawa Generals have 64 points to lead the Eastern Conference ahead of the Sudbury Wolves with 57 points in second place. 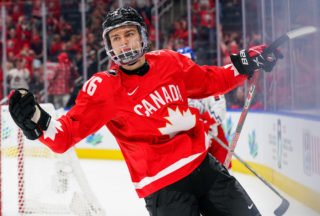 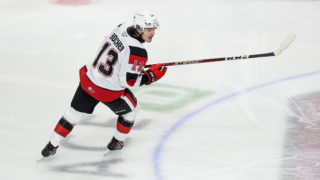 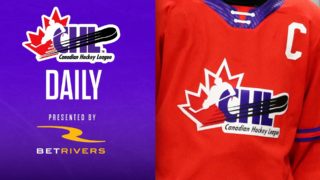 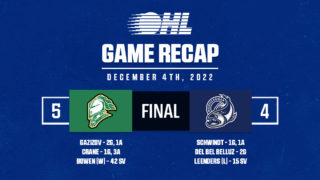 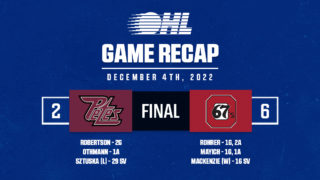 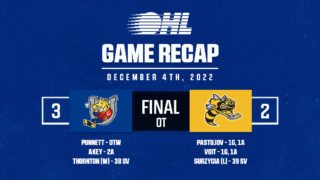