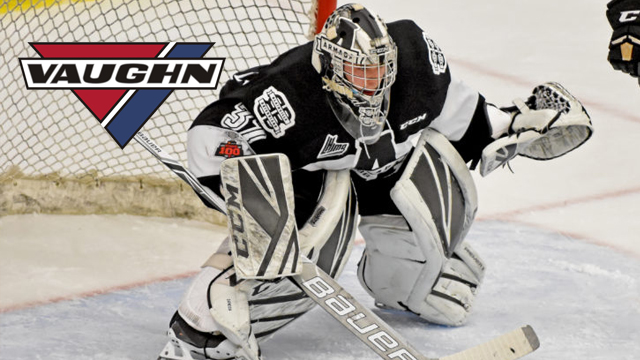 Toronto, ON – The Canadian Hockey League today announced that Émile Samson of the Blainville-Boisbriand Armada is the Vaughn CHL Goaltender of the Week for the regular season week ending October 21 after posting a 2-0-0-0 record with one shutout for a goals-against-average of 0.50 and save percentage of .984.

Samson turned aside 61 shots last week for the Armada who climbed into seventh place in the QMJHL’s overall standings holding a 7-4-1-0 record.  He recorded his first shutout of the season on Friday night with a 32-save performance to blank the Val-d’Or Foreurs by a 4-0 score while earning third star honours.  On Saturday night he delivered a first star effort against the Quebec Remparts featuring 29 saves in a 4-1 triumph.

A 19-year-old from Lévis, Quebec, Samson is playing in his second QMJHL season with the Armada after joining the club as a Free Agent one year ago.  So far this season he carries a 6-2-1-0 record with the league’s second best goals-against-average and save percentage with marks of 1.86 and .939 respectively.  Last season as a rookie he won 17 of his 27 regular season appearances followed by another 13 playoff victories helping the Armada reach the President Cup Final.