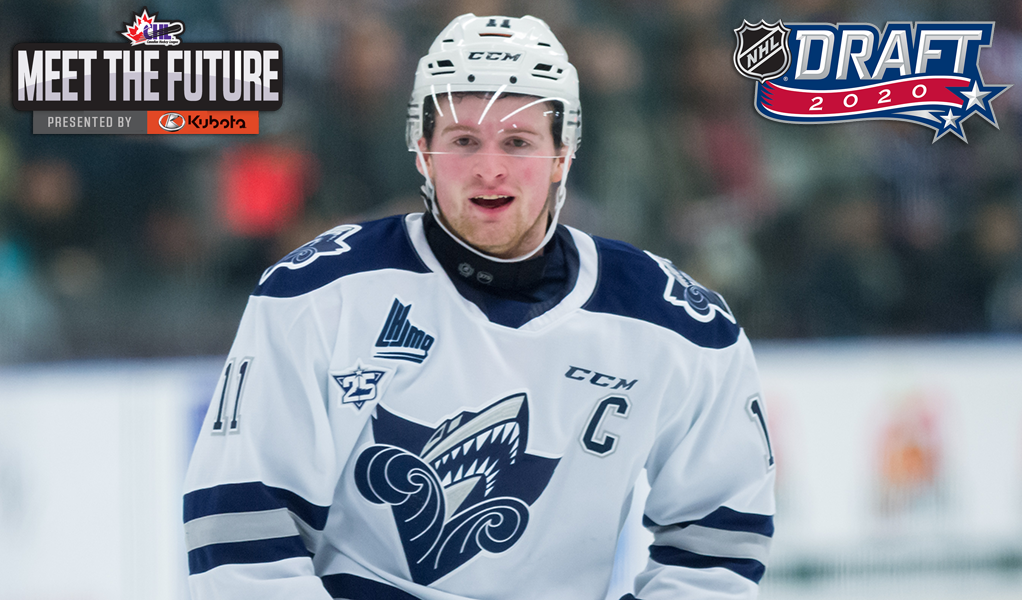 The Canadian Hockey League is proud to announce that forward Alexis Lafreniere of the QMJHL’s Rimouski Oceanic has been selected first overall in the 2020 NHL Draft by the New York Rangers.

Lafreniere is a back-to-back recipient of CHL Player of the Year honours following a 2019-20 season where he scored 112 points including 35 goals and 77 assists in 52 games.  His point production gave him the league’s highest point-per-game rate of 2.15 which is the best since Connor McDavid of the Erie Otters scored at a 2.50 pace in 2014-15.

The soon-to-be 19-year-old from Saint-Eustache, Quebec, is the 11th CHL player to be chosen first overall over the last 14 years and first Canadian-born talent to go number one since McDavid in 2015.  Other top CHL selections during that time include Nico Hischier of the Halifax Mooseheads (2017), Aaron Ekblad of the Barrie Colts (2014), Halifax’s Nathan MacKinnon (2013), Nail Yakupov of the Sarnia Sting (2012), Ryan Nugent-Hopkins of the Red Deer Rebels (2011), Taylor Hall of the Windsor Spitfires (2010), John Tavares of the London Knights (2009), Sarnia’s Steven Stamkos (2008), and London’s Patrick Kane (2007).  Lafreniere is the first member of the Oceanic to be selected with the top pick since Sidney Crosby in 2005 who captured two-straight CHL Player of the Year awards of his own, and also follows Vincent Lecavalier who represented the organization on centre stage in 1998 and was the last Quebec-born skater to be picked first overall.  This marks just the second time the Rangers have made the first overall pick following the selection of Andre Veilleux in 1965.

Lafreniere was the top ranked North American prospect by NHL Central Scouting and the recipient of the CHL’s Top Prospect Award presented by Kubota Canada and is described as an exceptionally smart player with top end speed, high end puck skills, vision, and anticipation, and an offensive threat with an impressive compete level every time he’s on the ice.  His season also included a gold medal victory with Canada as MVP of the 2020 IIHF World Junior Championship followed by participation in the 2020 Kubota CHL/NHL Top Prospects Game where he served as captain for Team White.  Since joining the league as the first overall pick in the 2017 QMJHL Entry Draft, the 2018 CHL Rookie of the Year carries career totals of 114 goals and 183 assists for 297 points in 173 games and also holds an impressive plus-minus rating of plus-128 which ranks third in the QMJHL since 1994-95.

Since the CHL Player of the Year award was first presented in 1975 there have been eight other recipients who would become first overall NHL Draft picks including McDavid, Crosby, Eric Lindros of the Oshawa Generals (1991), Mario Lemieux of the Laval Voisins (1984), Dale Hawerchuk of the Cornwall Royals (1981), Doug Wickenheiser of the Regina Pats (1980), Bobby Smith of the Ottawa 67’s (1978), and Dale McCourt of the St. Catharines Fincups (1977).  Tavares was a 2007 national award recipient with Oshawa prior to his first overall selection in 2009.