A dozen deadline deals of interest 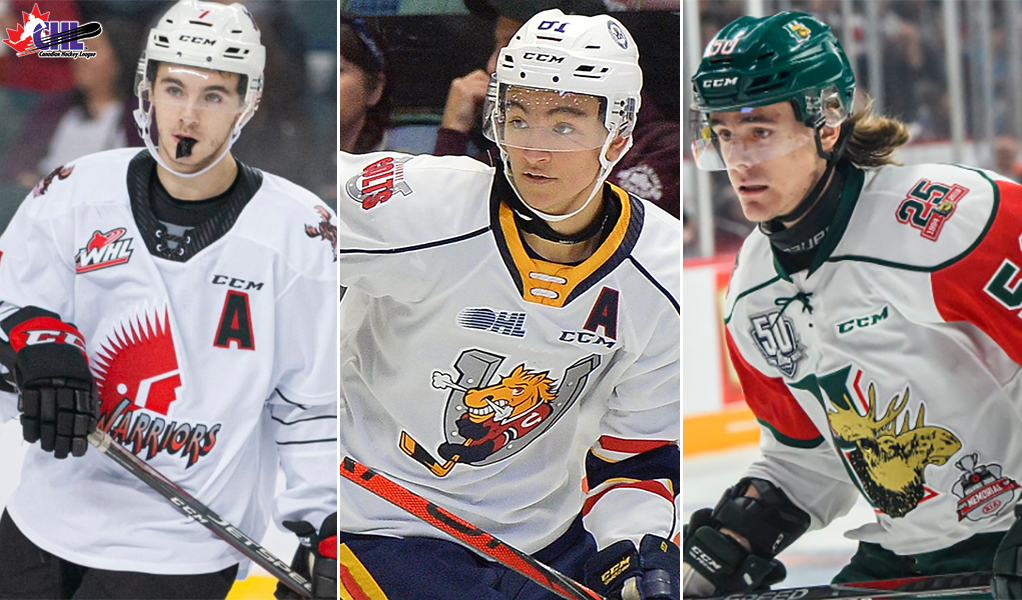 As teams from coast-to-coast have solidified their rosters for the playoff push, here’s a look at a dozen deals of interest, four from each league, made during the final two days of each trading period.

Anaheim Ducks first round pick Brayden Tracey is the newest member of the Victoria Royals after a trade from the Moose Jaw Warriors along with 19-year-old goaltender Adam Evanoff.  Tracey has 38 points in 28 games so far this season.  Among the players acquired by the Warriors in return is goaltender Brock Gould who is a top prospect for the 2020 NHL Draft.

Dallas Stars prospect Dawson Barteaux joins the Winnipeg ICE after spending parts of three seasons with the Red Deer Rebels most recently serving as the team’s captain.  The soon-to-be 20-year-old was chosen by the Stars in the sixth round of the 2018 NHL Draft and has signed his entry-level contract producing 23 points in 39 games so far this season.

The Everett Silvertips acquired a pair of Swift Current Broncos including fourth year forward Ethan Regnier, a 2018 WHL champion, who had 21 points in 34 games, as well as first overall CHL Import Draft pick Kasper Puutio, a Finnish defenceman eligible for the 2020 NHL Draft with 16 points through 35 games.

Washington Capitals prospect Eric Florchuk moved from the Saskatoon Blades to the Vancouver Giants.  The now 20-year-old was a seventh round pick by the Capitals in 2018 and had 24 points through 33 games with the Blades.

Carolina Hurricanes first round pick Ryan Suzuki is a member of the Saginaw Spirit after the former first overall choice in the 2017 OHL Priority Selection was acquired from the Barrie Colts.  Suzuki’s 2019-20 season has been limited to injury playing in just 21 games where he has recorded 23 points.  Among the players returning to the Colts is forward Ethan Cardwell, a 2020 NHL Draft eligible who registered 21 points in 37 games.

The Colts also moved captain Jason Willms to the London Knights.  The overage centreman and faceoff specialist is on pace to set career-highs offensively already with 41 points through 35 games.

Nashville Predators first round pick Philip Tomasino is among the newest members of the Oshawa Generals.  The OHL’s fifth highest scorer acquired from the Niagara IceDogs currently stands with 62 points in 37 games which included a five-point debut with his new team on Thursday night.

Team Canada defenceman Jared McIsaac is now a member of the Moncton Wildcats staying within the Maritimes Division after spending three seasons with the Halifax Mooseheads.  The 2018 Detroit Red Wings second round pick played in just three games following a return from injury and before departing for a second straight World Juniors.

Another Moosehead World Junior talent was also moved as Edmonton Oilers second round pick Raphael Lavoie joins the Chicoutimi Sagueneens.  The 19-year-old Lavoie had produced 44 points in 30 games this season with Halifax.

The Rimouski Oceanic bolstered their blue line by acquiring Memorial Cup champion Justin Bergeron from the Rouyn-Noranda Huskies.  The 19-year-old produced 24 points in 32 games this season after setting career highs during last year’s title run with 57 points in 65 games.