After 52-goal season, California is in King’s sights 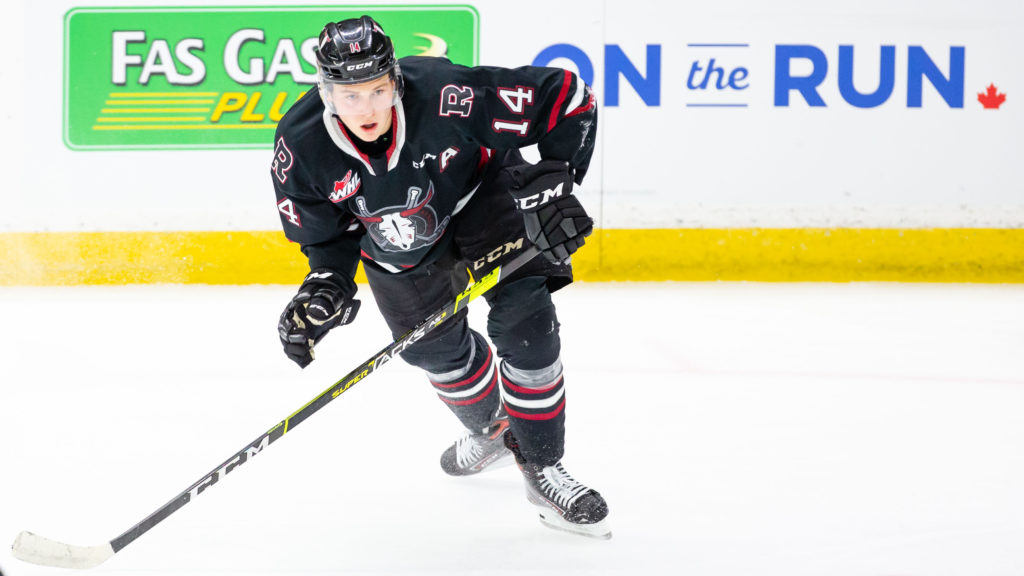 When a California based NHL team drafts you, just go ahead and say it.

So, Ben King did.

And King has every motivation to continue to enjoy that California sun, whether it’s in Anaheim, or with their AHL affiliate in San Diego.

“I’m going to go there and try and earn a spot in the AHL next year or even the NHL,” King said. “I want to go with the mindset of earning my spot next year and see what happens.”

“It’s a pretty special feeling,” King said when asked what it meant to lead the league in goals.

But what was already a special season wasn’t quite done yet. After he was previously overlooked twice in the NHL Draft, King heard his name called by the Ducks with the 107th overall pick.

“It was super exciting for myself and my family,” he said. “We were at home, watching on TV, my name popped up and we all stared at the TV and then saw it was Anaheim and everyone started screaming. It was a very exciting moment and I’m so happy to go to such a great organization.

“The last two drafts were disappointing but I kept my head down and kept working and I was happy that a team like Anaheim took a chance on me.”

Ben King is the first WHL player to hit the 50-goal plateau in 2021-22! @rebelshockey pic.twitter.com/LK9Ao7viTG

The Ducks too seem thrilled with the talent they have in King.

“Physically, he’s a really big body and he’s just starting to get into fitness to make the most of his talent. He was a 19-year-old (last season), yes, but the runway ahead of him is still very long. He’s not close to maxed out in that respect. I think our development staff will do a great job with him.”

King had his first crack at things during Anaheim’s recent development camp. He admits he was the cliché ‘sponge’ as he tried to soak up as much as he could and began to understand some of the requirements, on and off the ice, of what it takes to be successful at the pro level. His main takeaway was to improve his speed and quickness to help him take the step to the next level.

With the 2022-23 campaign quickly approaching, the 20-year-old continues to workout in his hometown of Vernon, B.C. He’ll quickly head to Red Deer for a week in September before he returns to Anaheim for rookie camp and then main camp.

Shortly after, he’ll know where he’s playing next season.

“I want to keep working and earn my spot on a team next year in their organization,” King said. “[If I return to Red Deer], you’ve got to lead the right way and help your team win each and every night. I don’t want to put too much on myself as I want to go out there and play my game but I want to be a good leader and a role model to the younger guys on the ice and help my team win as much as possible.”