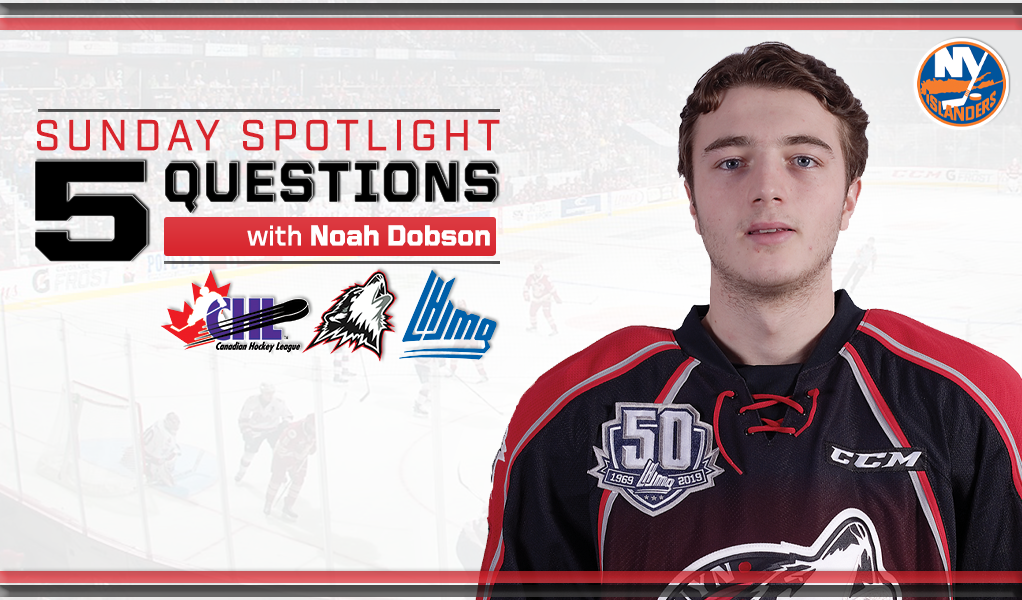 If there’s anyone who can speak about how special the month of May is in the Canadian Hockey League it’s Noah Dobson.

That’s because when the stakes were at their highest he delivered, twice, anchoring championship blue lines in the Quebec Major Junior Hockey League and on the national stage. First with the Acadie-Bathurst Titan in 2018, then the Rouyn-Noranda Huskies in 2019, Dobson won the President’s Cup and the Memorial Cup in a rare back-to-back circumstance.

Those championship seasons capped a whirlwind three-years for the product of Summerside, Prince Edward Island, who amassed 186 regular season games with 147 points, plus 51 post-season games where he scored 47 points. Couple that with two-straight tournament All-Star Team nods at the national championship and it’s no surprise he took the fast track to the National Hockey League suiting up with the New York Islanders as a 19-year-old in 2019-20.

The 12th overall pick in the 2018 NHL Draft has appeared in 34 career games to date with highlights that include his debut and first point on October 8 then scoring his first career NHL goal on January 14.

While he waits for the balance of his first pro season to be played, Dobson took time to connect with the CHL and reflect on his career at both levels, and of course, his championships.

During the pause in the NHL season I’ve spent my time in New York. I live with Dennis Seidenberg this year so it’s been nice to have a guy that we can work out together. Obviously you try and stay busy as much as you can whether it’s just getting outside, we’ve been playing lots of ping pong, lots of sports in the yard, on the roller blades, so I think we’re just trying to stay busy and active and get as much fresh air as possible.

What’s been the highlight of your first NHL season so far?

I would say the highlight for my first NHL season so far would be playing in my first NHL game. As a kid growing up you dream about playing in the NHL and to experience your first game and get that out of the way, also had the opportunity to get my first point in the first game, so that’s something I’m going to remember for the rest of my life. It’s probably been the coolest moment so far.

What comes to mind when you reflect on your time in the QMJHL?

What comes to mind when I reflect on my time in the QMJHL would probably be just the friendships that I was able to create. I mean, having the opportunity to play on two different teams, and the bonds you create when you win championships together is something really special. I was very fortunate to have the opportunity to win two championships with two different groups of guys. Just the friendships and the memories you make with those guys is a really special bond. I know I’m probably going to be good friends with lots of them going down the road. We still talk in the group chats from my team in Bathurst as well in Rouyn so those friendships and bonds are something I’ll really cherish.

How proud are you to have your name on the Memorial Cup twice with two different teams?

Do you have a favourite memory from either of those championships?

It’s hard just to choose one favourite memory from those championships but I think the one in common in me is the parade celebrations in both spots. I mean, both the communities, Bathurst and Rouyn, are small hockey communities, small junior hockey markets, so to see the support and see how many people come out to support us and cheer us on with the parades when we had the cups was something really special. It’s just really cool to see such a small junior hockey town be rewarded with those championships. It’s something really cool to be a part of and the parades were a lot of fun and something I’m going to remember.