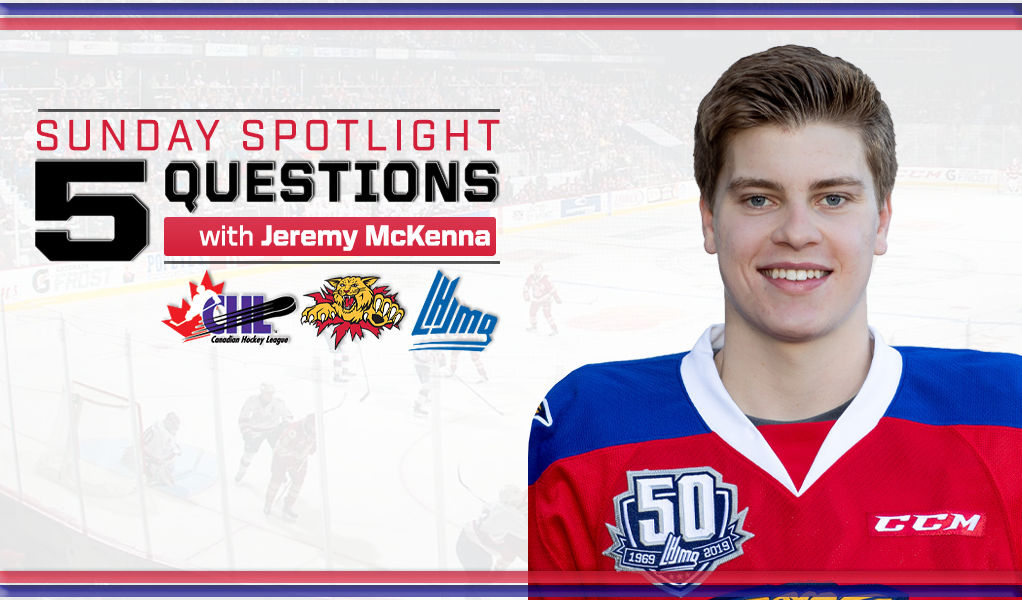 Jeremy McKenna is one of the most successful members of the Canadian Hockey League’s 2020 class of overage graduates.

The soon-to-be 21-year-old from Summerside, PEI, played four full seasons with the Moncton Wildcats beginning a year after he was chosen by the club in the fifth round of the 2015 Quebec Major Junior Hockey League Entry Draft.

His career ends having played 259 regular season games accumulating 282 points including 137 goals which leads all overage graduates from coast-to-coast. He’s also one of only four 1999-born players in the league this season to average more than a point-per-game over his career including the 2019-20 campaign where his 82 points in 57 games was eighth best in the QMJHL and helped the Wildcats capture a Maritimes Division title.

Since season’s end McKenna has signed a two-year American Hockey League contract with the Toronto Marlies and recently shared his thoughts with the CHL.

What has been your typical daily routine at home since the season ended?

My typical daily routine since the season ended is I get a workout in the morning, go outside and get some fresh air, shoot some pucks, hang out with the family, watch movies, and play ping pong.

How does it feel to sign with the Toronto Marlies for next season?

Signing with the Toronto Marlies feels great. I’m really excited and I think they have a great development program and I’m excited for the next chapter in my career.

Can you put into words playing four seasons with the Moncton Wildcats as you reflect on your QMJHL career?

What’s one of your most memorable moments?

One of my most memorable moments in Moncton would have to be this past season when we went on a 16-game winning-streak. We had a great team and we were rolling right into playoffs and we were having so much fun.

What will you miss the most about playing with the Wildcats and in the QMJHL?

I’m going to miss a lot of things in Moncton. Firstly the fans for all their support. The staff and the whole Wildcats organization. And especially my teammates. Coming to see them at the rink everyday was special and I’m definitely going to miss that.