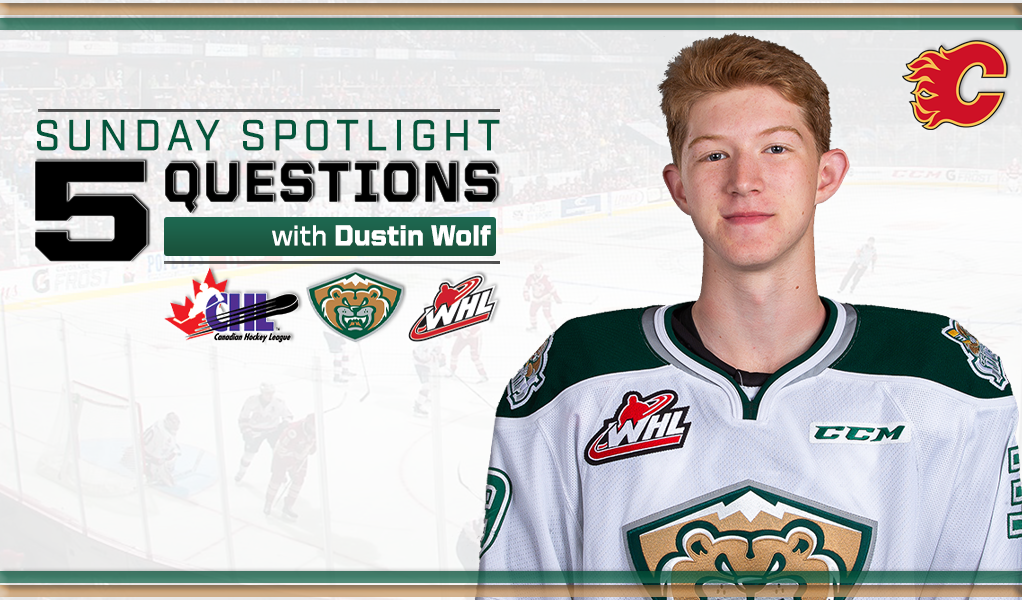 The Everett Silvertips have been absolutely spoiled between-the-pipes.

From a fantastic four-year stretch with now Philadelphia Flyers starter Carter Hart that included three WHL Goaltender of the Year honours plus two CHL awards, to Dustin Wolf whose numbers through almost three seasons are even better than his mentor’s, it’s no surprise the Tips are in contention for a fourth straight U.S Division title.

Wolf’s stats are nearly untouchable when compared with other goaltenders from across the Canadian Hockey League with a goals-against-average of 1.85, save percentage of .934, and nine shutouts. The Calgary Flames prospect from Tustin, California, has 34 victories in 46 appearances which is tied for second in the entire CHL but more importantly has given his team a chance to do something special.

The reigning CHL Scholastic Player of the Year and U.S. National Junior Team member recently took time to reflect on his season and help us get to know him.

How motivated are the Silvertips to win a fourth straight U.S Division?

We’re super motivated. It’s been a tough stretch with Portland over the last couple of months. A great battle between us and we’re pumped as always to hopefully get a fourth title.

How much do you and the team take pride in keeping pucks out with such efficiency?

Keeping pucks out of the net is obviously a big strength of ours. We take a lot of pride in limiting the other team’s offensive opportunities and when they do get it we’re able to shut them down and keep as many off the board as we can.

How has your game improved since last season and being chosen by the Flames in June?

It’s improved tremendously. Obviously time and experience comes along with it. The more games you play in the Western Hockey League the more experience you get and things you see that you might not see when you’re not playing. I was very fortunate to get chosen by Calgary last year in the draft and I’m just looking forward to the future.

What was something you learned from being around Carter Hart during your rookie season?

Carter’s a tremendous athlete and person as well. It’s not necessarily all the things he did on the ice that stuck out to me, but the things he did away from the rink. Off the ice he took a lot of pride in his nutrition and his sleep. He gave his all and made it his best opportunity to be ready each and every night.

Is there another NHL goaltender you admire or model your game after?

In the recent years Juuse Saros has stuck out to me. A bit of a shorter guy that’s had some success in the league with Nashville. It’s awesome to be able to see a shorter goalie have such good success and it’s always good to watch a guy like that.