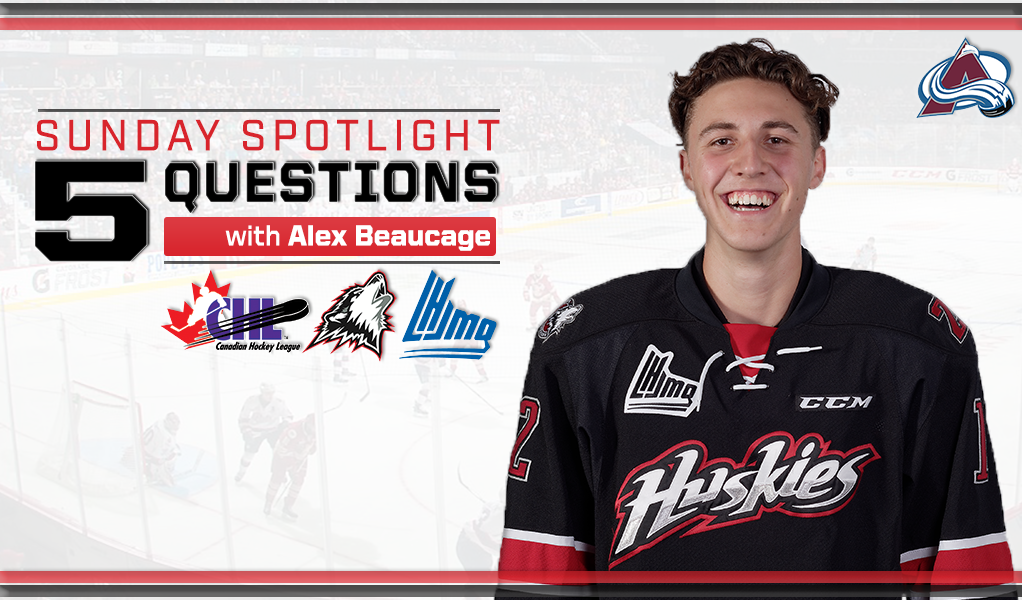 The Rouyn-Noranda Huskies spent a lot of time in the winner’s circle last season.

After piecing together a 119-point campaign to finish first overall, the club later claimed the President’s Cup as QMJHL champions before capturing the first Memorial Cup title in franchise history. On Friday, the Huskies and their fans in Rouyn-Noranda celebrated the achievement in raising a trio of commemorative banners to the rafters.

Part of last year’s winning group included Colorado Avalanche prospect Alex Beaucage, a veteran forward who returns to a revamped Huskies squad for his third season. Beaucage spoke with the Canadian Hockey League as the puck dropped for the 2019-20 season:

How did it feel to see the Memorial Cup banner raised tonight?

What did you learn the most from last year’s championship run?

We really believed in each other, we were 24 brothers. It is really important to trust your teammates, your family, and it pushes you forward.

How did you enjoy the NHL draft?

It was pretty nice. All my family was there. It was pretty special. It’s the best level you can play, so for me it was just enjoying the moment with my family. I had a few friends who got drafted too, so it was nice for them too.

It was really special. It’s another level. It’s a first-class organization. They welcomed in my family as if I had been there forever. It was pretty nice and I feel at home there already.

What are your personal goals for this season?

Just trust the process with the team. We don’t have the same group as last year but I think we have a really good team too this year. It’s really about getting better every game this year and going as far as we can.

WHL
RE/MAX WHL Play of the Year: Matchup #3 – Gauthier vs. Nielsen
23 hours ago