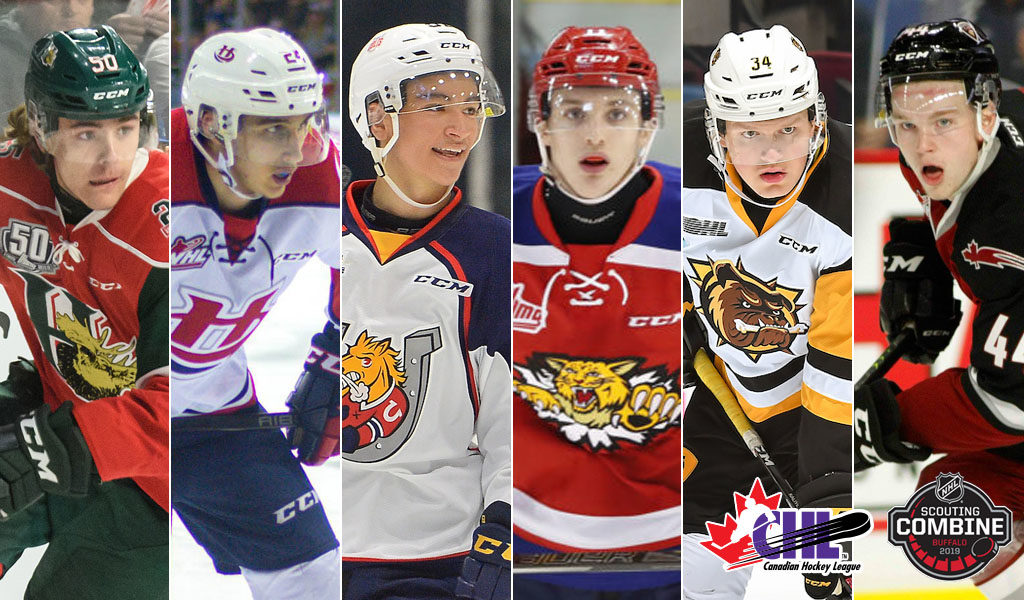 A group of 40 players from the Canadian Hockey League will attend the 2019 NHL Scouting Combine, beginning Saturday in Buffalo, N.Y.

The combine allows an opportunity for NHL clubs to interview and assess players as they complete various fitness and medical evaluations ahead of the 2019 NHL Draft in Vancouver, B.C., on June 21 and 22.

This year will see 40 CHL players attend the combine, including 15 from the Western Hockey League, 14 from the Ontario Hockey League, and 11 from the Quebec Major Junior Hockey League. The Kelowna Rockets lead the way with three players, including left-wing Nolan Foote as well as a pair of blue-liners in Kaedan Korczak and Lassi Thomson. The London Knights, Moncton Wildcats, Ottawa 67’s, Peterborough Petes, and Vancouver Giants each have two players attending.

The top ranked CHL draft eligible is Giants defenceman Bowen Byram, who slots second among North American skaters after he finished the 2018-19 campaign with 26 goals and 45 assists for 71 points in 67 games. He then added another 26 points in 22 postseason appearances to lead the WHL in playoff scoring.

Meanwhile, the top ranked player from the OHL is Hamilton Bulldogs right-wing Arthur Kaliyev (7th), who notched 51 goals and 51 assists for 102 points in 67 games as he was one of just six players to reach the 50-goal plateau in the OHL this season. Rounding out the list from the QMJHL is Halifax Mooseheads right-wing Raphael Lavoie (20th), who missed last year’s draft cut-off date by 10 days, but used the extra time to guide his junior club to the Championship Final at the 2019 Memorial Cup presented by Kia. Lavoie finished the 2018-19 season with 32 goals and 41 assists for 73 points in 62 games.

Here is a complete list of all 40 attendees, arranged by their final ranking by the NHL Central Scouting Bureau: