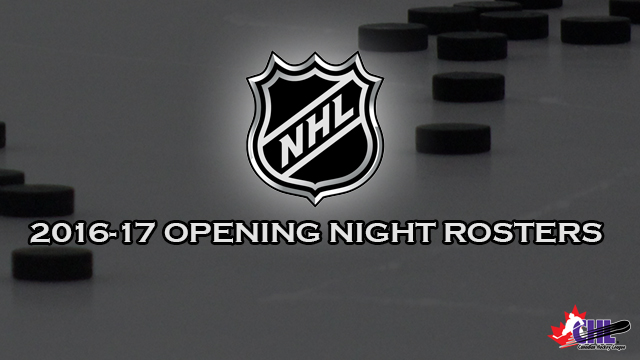 Toronto, ON – The Canadian Hockey League proudly announced today that 366 CHL alumni are listed on National Hockey League opening day rosters representing over 53% of all players in the league to start the 2016-17 season.

Of the 366 players, 18 finished the 2015-16 season in the CHL including 14 who are returning-eligible as 18 and 19-year-old players led by Pierre-Luc Dubois of the Cape Breton Screaming Eagles selected third overall by the Columbus Blue Jackets in the 2016 NHL Draft.

The London Knights lead all CHL clubs with 25 graduates on NHL rosters, followed by the Sault Ste. Marie Greyhounds with 15, and the Kelowna Rockets with 14.  The Arizona Coyotes have the most CHL graduates on their roster with 20, followed by the New York Islanders and Philadelphia Flyers each with 17.

The CHL continues to be the number one supplier of talent to the NHL.