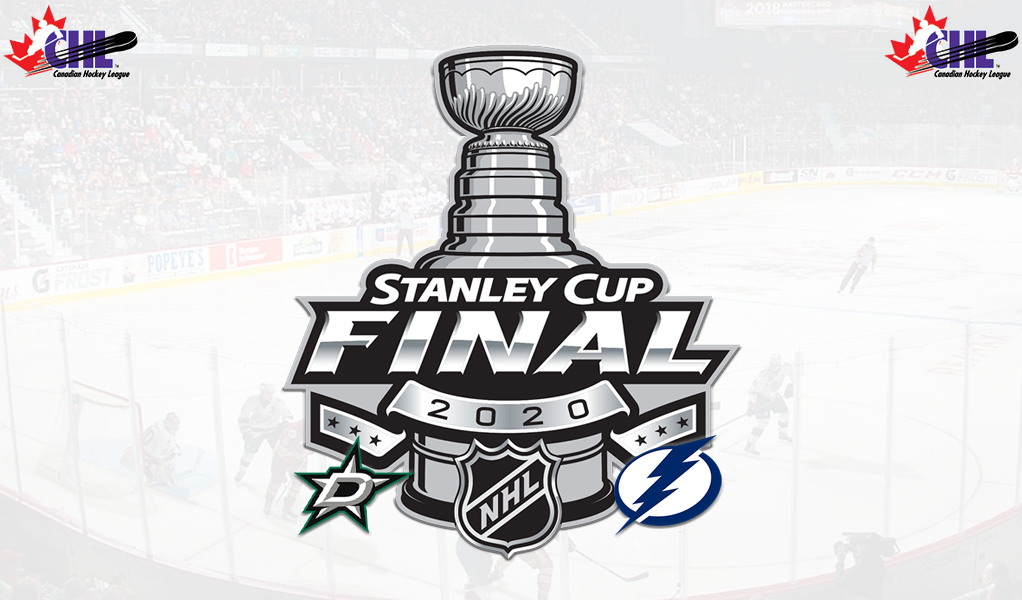 35 Canadian Hockey League graduates have advanced to the 2020 Stanley Cup Final between the Dallas Stars and Tampa Bay Lightning.

26 of the CHL’s 60 current clubs are still represented by at least one graduating player led by the Kelowna Rockets, London Knights, and Niagara IceDogs each with three former players. The Erie Otters are the only current club with two former players still in action, however there are also two former members of the Plymouth Whalers competing.

Two players who skated in the CHL during the 2019-20 season remain in the bubble including forward Ty Dellandrea (Dallas Stars/Flint Firebirds) and defenceman Thomas Harley (Dallas Stars/Mississauga Steelheads). 2019 CHL Top Scorer Jason Robertson (Dallas Stars/Niagara IceDogs) is the only player listed on either roster who graduated from the CHL following the 2018-19 season.

16 of the 31 players listed on the Dallas roster are CHL alumni while the Tampa Bay roster counts 19 CHL alumni. With NHL teams permitted to carry rosters of 31 players, CHL alumni account for 56% of all talent with a chance to hoist the Stanley Cup as action wraps up in Edmonton.