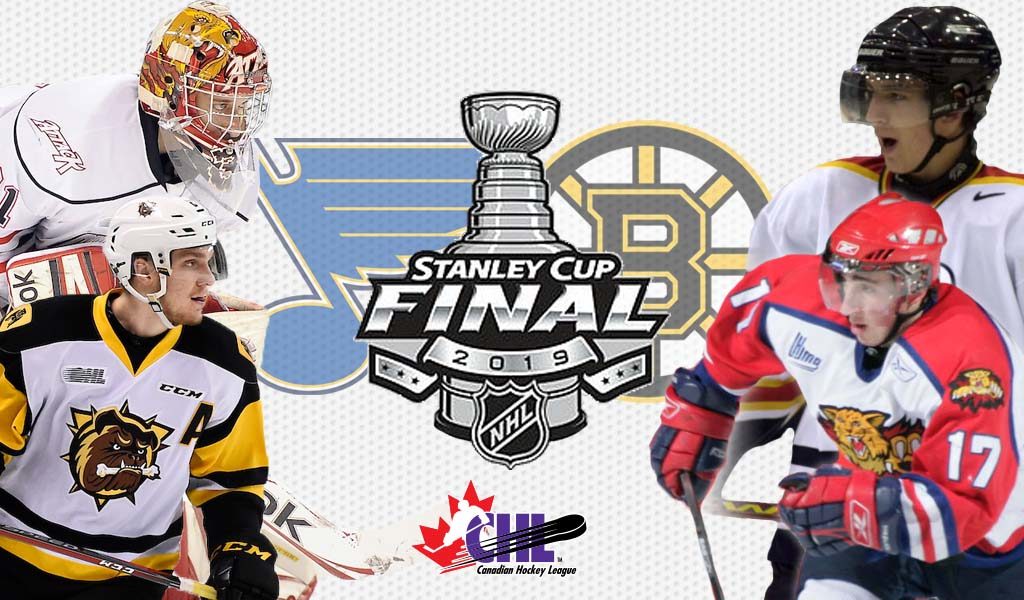 A total of 32 CHL graduates are included on rosters of the Boston Bruins and St. Louis Blues in a Stanley Cup Final that is off to an entertaining start.

The Bruins took Game 1 of the series by a score of 4-2 before the Blues battled back for a 3-2 overtime road win in Game 2 on Wednesday.

A trio of CHL grads in Ryan O’Reilly (Erie Otters), David Perron (Lewiston MAINEiacs) and captain Alex Pietrangelo (Barrie Colts) have factored prominently into St. Louis’ first Stanley Cup Final appearance since 1970. Former OHL Goaltender of the Year Jordan Binnington (Owen Sound Attack) burst onto the scene midseason, playing to a 24-5-1 record with five shutouts before carrying his strong play over into the playoffs where he’s registered a 2.37 goals-against average and .915 save percentage.

The Bruins are led in playoff scoring by four-year QMJHL graduate Brad Marchand (Halifax Mooseheads) who has recorded 19 points (8-11–19) in as many games. Long-time centremen and former CHL standouts David Krejci (Gatineau Olympiques) and Patrice Bergeron (Acadie-Bathurst Titan) have also been key contributors as the Bruins return to the Final for the first time since 2013.

Among Boston’s ‘black aces’ throughout their 2019 playoff run are two of the Ontario Hockey League’s prominent performers from this past season in Niagara IceDogs centreman Jack Studnicka along with former Oshawa Generals teammate Kyle Keyser in the crease.

The 2019 Stanley Cup Final shifts to St. Louis tied at one, with Game 3 of the series set for Saturday night.

For full coverage of the 2019 Stanley Cup Final visit nhl.com.