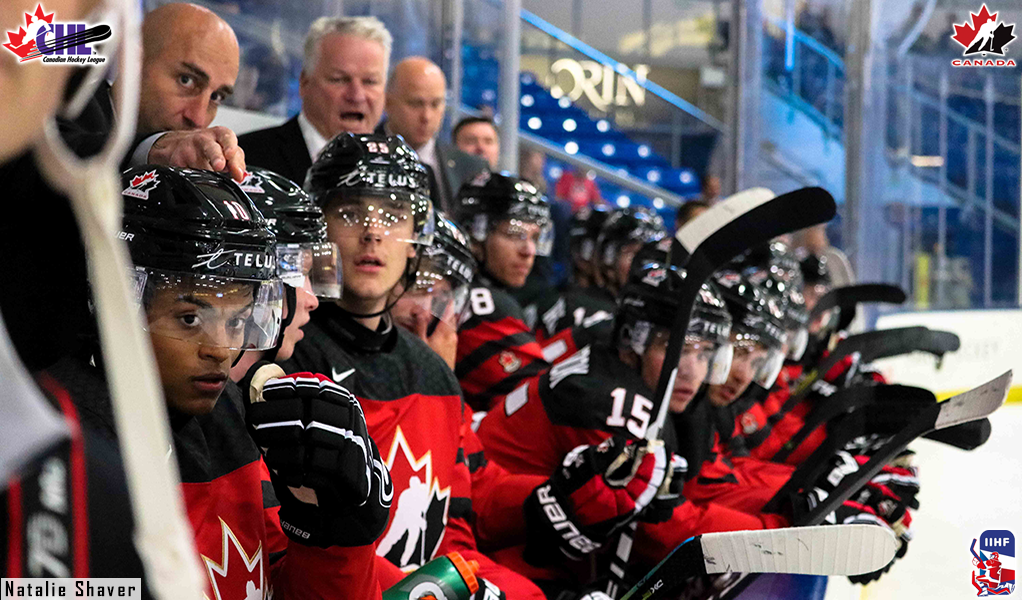 A total of 27 Canadian Hockey League talents have been named to Canada’s National Junior Team Selection Camp roster with the goal of representing their country at the 2020 IIHF World Junior Championship in the Czech Republic.

The group, which consists of 15 forwards, eight defencemen, and four goaltenders, is headlined by Rimouski Oceanic left-wing Alexis Lafreniere, the early favourite to be selected first overall in the 2020 NHL Draft. This season, the reigning CHL Player of the Year leads the entire circuit with 59 points counting 17 goals and 42 assists across 28 appearances.

“After a long evaluation process through summer camp, the early weeks of the CHL season and the Canada-Russia Series, we are nearing the final steps in selecting the roster that will represent Canada at the 2020 IIHF World Junior Championship,” Hockey Canada head scout Brad McEwen said in a statement.

Canada’s National Junior Team Sport Chek Selection Camp will be held Dec. 9-12 at the Sixteen Mile Sports Complex and will feature a pair of games against a team of U SPORTS all-stars on Dec. 11-12. Tickets for selection camp are available at HockeyCanada.ca/Tickets, starting at $15 plus fees.