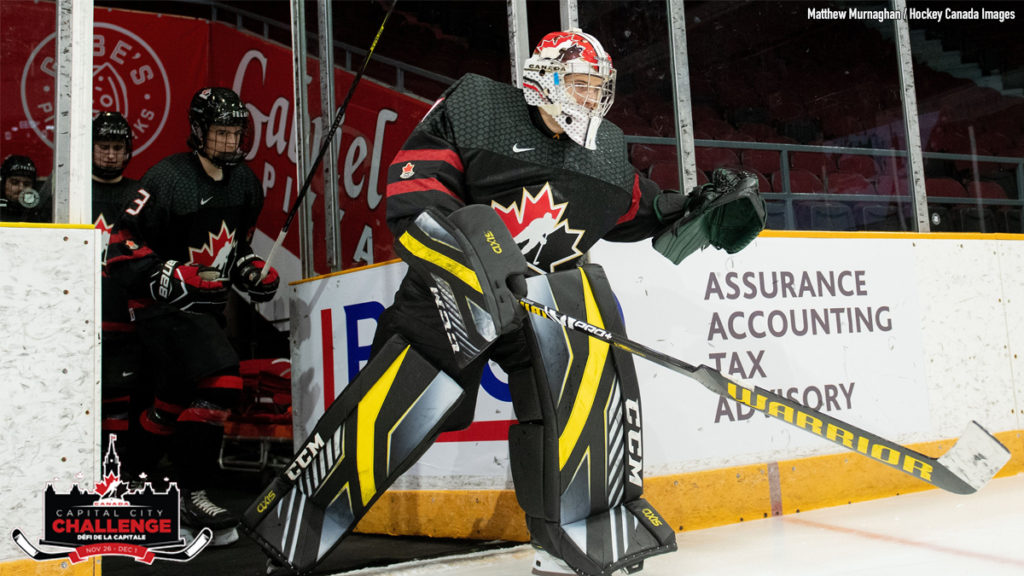 Ritchie had a goal and a helper while Allen picked up two assists. Owen Sound Attack forward Colby Barlow found the back of the net while London Knights teammates Denver Barkey and Oliver Bonk, as well as Hamilton Bulldogs forward Alex Pharand each had assists.

Ottawa 67’s forward Luca Pinelli was one of the bright spots for Team Red, scoring a goal in the loss.

GAME OVER! Three 3rd period goals and 28 saves from @MasonVaccari helped ??⚫ to a 7-2 win over ??⚪ in its opening #CapitalCityChallenge matchup.

TEAM WHITE 7, NATIONAL WOMEN’S TEAM 3
Luke McNamara (Saginaw Spirit) found the back of the net with 1:23 remaining in regulation while Luke Misa (Mississauga Steelheads), Ethan Miedema (Windsor Spitfires) and Matthew Soto (Kingston Frontenacs) each picked up an assist in a 7-3 win over the Canadian National Women’s Team. Nathaniel Day (Flint Firebirds) stopped 16 of the 19 shots he faced for the win.

Team White took the shooting column 48-19 and went 2-for-3 on the power play.

GAME OVER | @pou29 took two back for ??’s National Women’s Team in the 3rd but goals from 7 different scorers gave ??⚪ a 7-3 victory in the opening #CapitalCityChallenge game.