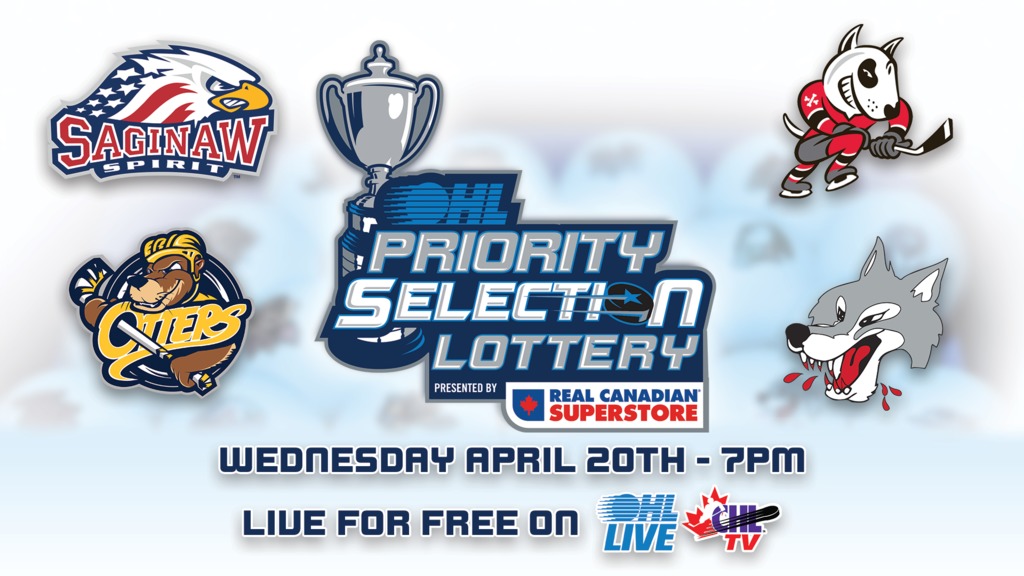 Toronto, Ont. – Four teams are in the running to secure the first overall pick of the 2022 OHL Priority Selection presented by Real Canadian Superstore, with the results of a Priority Selection Draft Lottery to be revealed on Wednesday, April 20th at 7:00pm, streaming live for free on CHL TV.

The Erie Otters, Niagara IceDogs, Saginaw Spirit and Sudbury Wolves will all have an equal opportunity to draw the first overall pick, with lottery results for selections 1-4 revealed to determine the order of selection for all 15 rounds of the OHL Priority Selection. 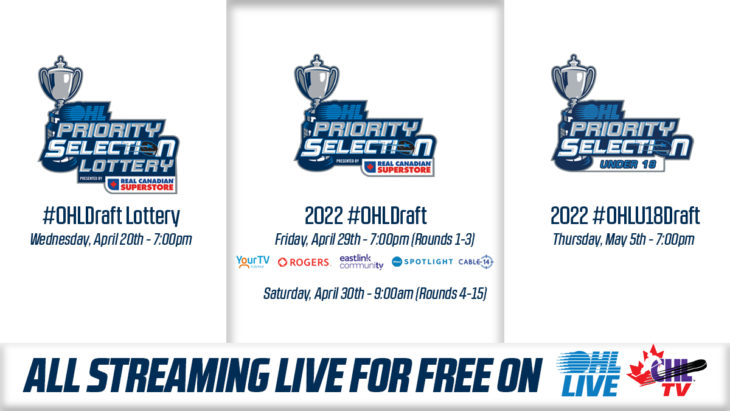 Get a look at the future of the Ontario Hockey League on Friday, April 29th and Saturday, April 30th as the annual Priority Selection presented by Real Canadian Superstore airs on networks across the province and will stream for free on CHL TV.

Tune in for Rounds 1-3 beginning Friday night at 7:00pm, with a Priority Selection Draft Show produced by YourTV that will air on community stations across the province in addition to the OHL Action Pak. Join host Terry Doyle, OHL alumnus Anthony Stewart and Director of OHL Central Scouting Darrell Woodley as they provide coverage and analysis of the opening three rounds.

Rounds 4-15 take place on Saturday, with selections resuming at 9:00am. Terry Doyle returns to the desk for Day 2, providing coverage that will include special guest appearances, prospect and general manager interviews, as well as stories from across the Ontario Hockey League.

Both days of the OHL Priority Selection will air for free on CHL TV.

Ontario’s top Under-18 AAA players will have their big opportunity on Thursday, May 5th as the OHL U18 Priority Selection airs for free on CHL TV.

All U18 players not currently on a CHL Member Team Protected List who were carded with an Ontario-based U18 AAA Hockey Club or an accredited Hockey Canada sport school within the OHF, HNO or HEO in the 2021-22 playing season are eligible for the U18 Priority Selection.