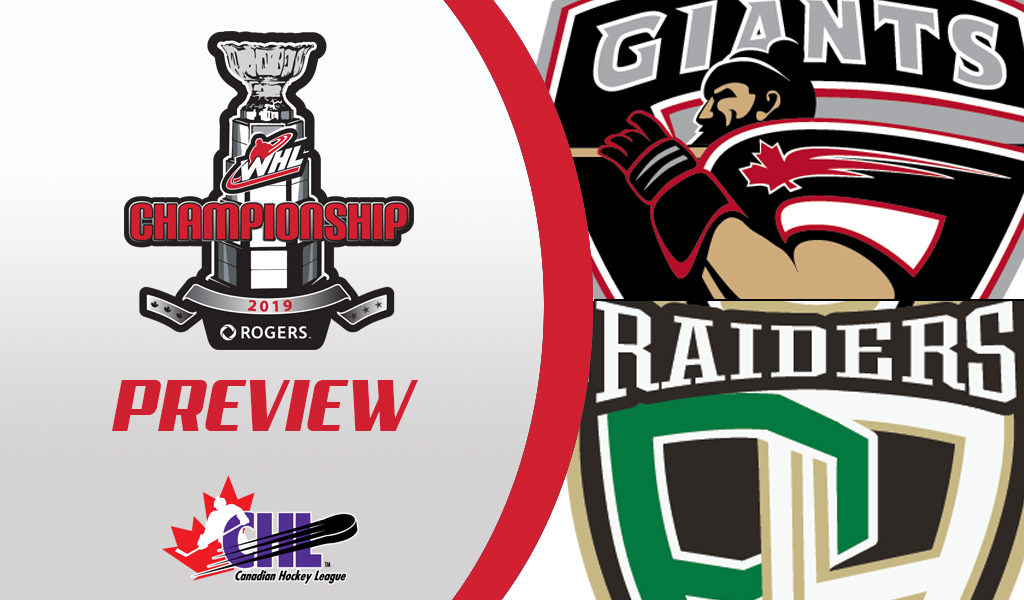 The final round of the Western Hockey League playoffs begins Friday:

Two conference champions collide in the Ed Chynoweth Cup Final, with the Giants looking to win it all for the first time since 2006, while the league-leading Raiders seek their first title in 34 years.

The two sides enter the final round with little familiarity for their opponent as they faced off just once during the regular season in a late January contest that saw the Giants come away with a 3-1 victory on home ice thanks to a two-goal effort from right-wing and leading scorer Davis Koch.

The native of nearby White Rock, B.C., has kept up his scoring touch in the postseason as his 17 points trail only teammate and draft-eligible defenceman Bowen Byram, who has put up seven goals and 11 assists to sit atop the league lead in scoring and climb to second among North American skaters in Central Scouting’s final rankings.

Rounding out the Giants is a formidable tandem between the pipes in draft-eligible goaltender Trent Miner and Arizona Coyotes prospect David Tendeck, who have continued to share duties throughout the postseason while stymying the opposition.

The two tenders will face a Raiders squad led by top prospect Brett Leason, who has drawn the attention of talent evaluators this season after going unselected in the past two drafts. Prince Albert is also receiving strong offensive support from fellow forwards Noah Gregor and Dante Hannoun, while rookie centre Aliaksei Protas has emerged with a team-leading 11 goals.

Meanwhile, as strong as the Raiders are offensively, the team is just as stringent in its own end, led by netminder and Toronto Maple Leafs draft pick Ian Scott, whose eight regular-season shutouts ranked first in the WHL.