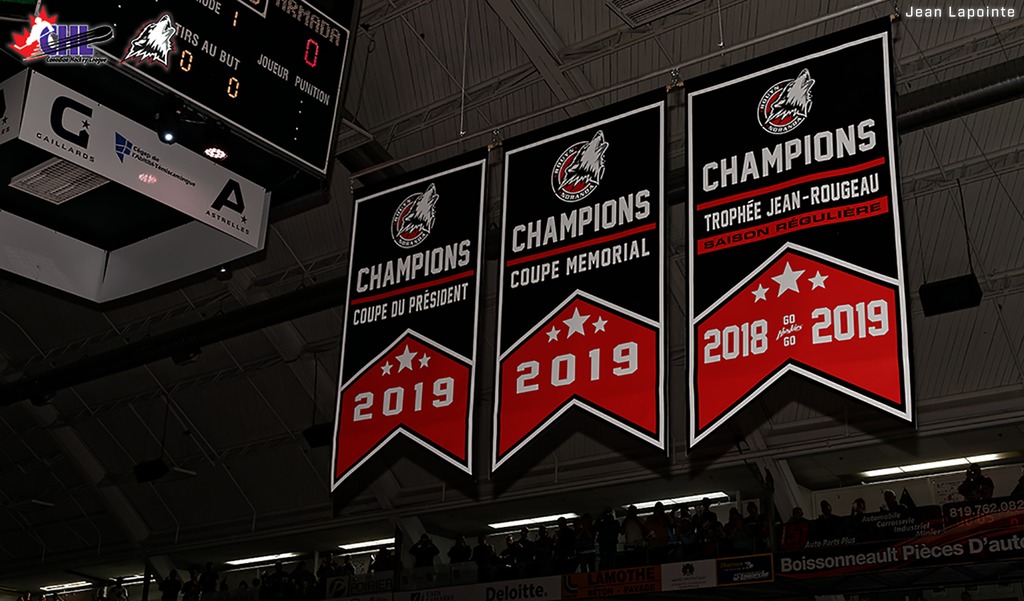 The 2019-20 Canadian Hockey League season is officially underway after a pair of Thursday night games.

The Niagara IceDogs defeated the Sudbury Wolves by a 6-3 score and even though the visiting Blainville-Boisbriand Armada emerged victorious 5-4 over the host Rouyn-Noranda Huskies the night belonged to the defending champions.

60 #CHL teams on a #MemorialCup mission like @HuskiesRn before them 🏆

The 2018-19 Huskies won an impressive 59 games, earned 119 points, and tied a CHL record with 25 consecutive regular season victories.  Their second league title in four years led to CHL supremacy skating to a 4-2 triumph over the Halifax Mooseheads in the 101st edition of the Memorial Cup Presented by Kia.

It was a special evening for Cyr, who spent the three past seasons with the Huskies, and his presence was not lost on his former teammates in the lineup Thursday night.

“We went to war with him. It was special to have him there with us,” Marleau told Jean-Francois Vachon of Le Citoyen Rouyn. “It was moving. We have lived so many beautiful moments. It gave us flashbacks.”

Following Thursday’s contest, the Huskies are set to return to action Saturday against the Shawinigan Cataractes. In the meantime, opening weekend continues across the CHL on Friday night with a busy 24-game schedule.